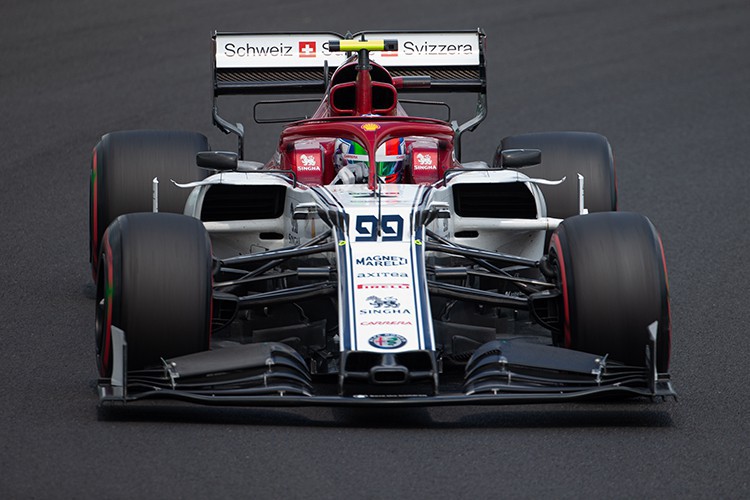 Antonio Giovinazzi (P18): 6.5/10
There were several 'hard luck' stories at Spa this weekend, and unfortunately Antonio Giovinazzi was one of them. After an indifferent time in Friday's practice he came alive on Saturday, and in qualifying he was eighth in Q1 when the new Ferrari power unit in the back of his Alfa Romeo suddenly failed. Repairs meant he dropped to 18th place on the grid for the start of Sunday's race, but adopting a very late pit stop strategy on medium tyres saw him climb to sixth place by the time he finally came in for a new set of softs. With two laps to go he was back in the points and running in ninth - a genuinely terrific achievement - only to then throw it all away with an accident on the penultimate lap. Exasperating.