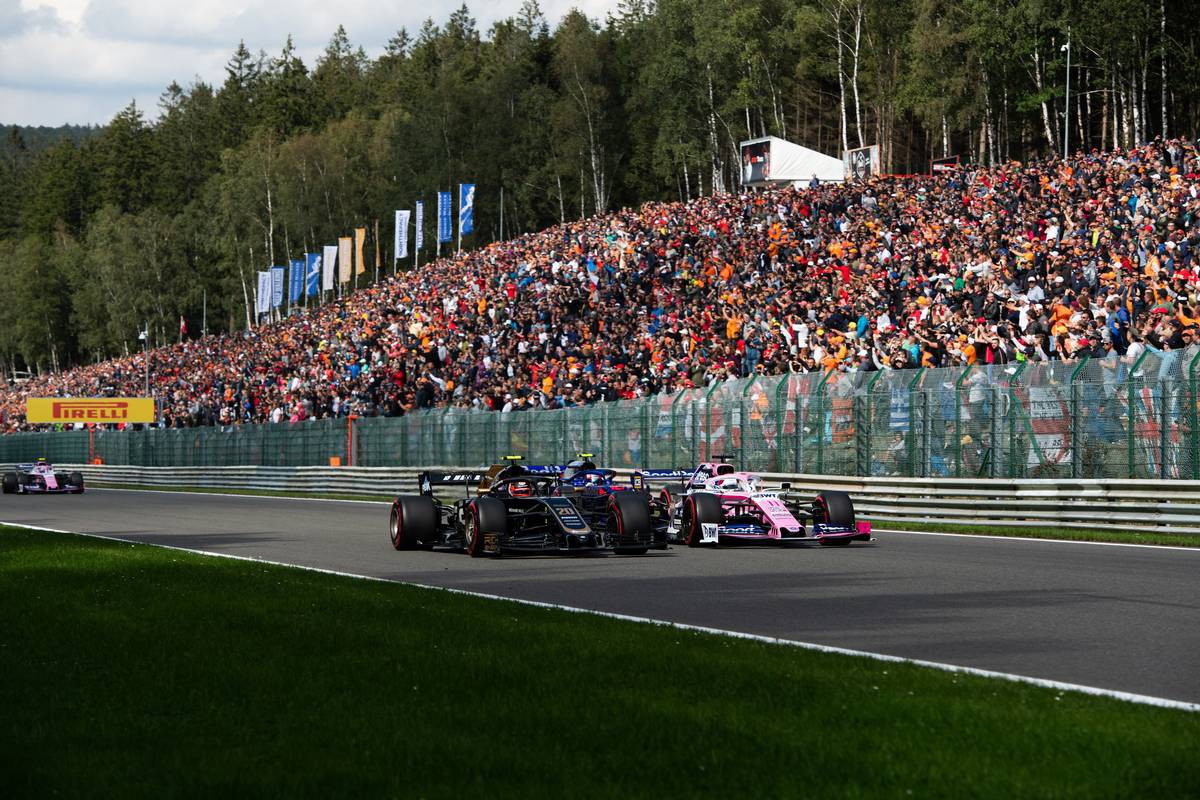 Sergio Perez (P6, 8 pts): 8/10
Even back when it was called Force India, Racing Point has always had an affinity for Spa and did well here, and so it was again on Sunday. There was an early setback for Perez when his brand new Mercedes power unit expired in the most dramatic fashion at the end of FP2 which seemed to have wrecked his hopes of a good weekend, but he regrouped on Saturday and made it through to the final round of qualifying where he picked up seventh place on the grid. he lost ground dodging the Raikkonen/Verstappen clash at the first hairpin, and then seemed to have blown his chances of his first points since Baku with an early pit stop that plunged him down to 13th place. But the switch to medium tyres came to his rescue and he made a strong recovery up the standings before levelling out in sixth place. He lost out to Alexander Albon on the final lap, but gained a place from Lando Norris retiring, so it all balanced out nicely in the end for the newly re-signed Mexican.