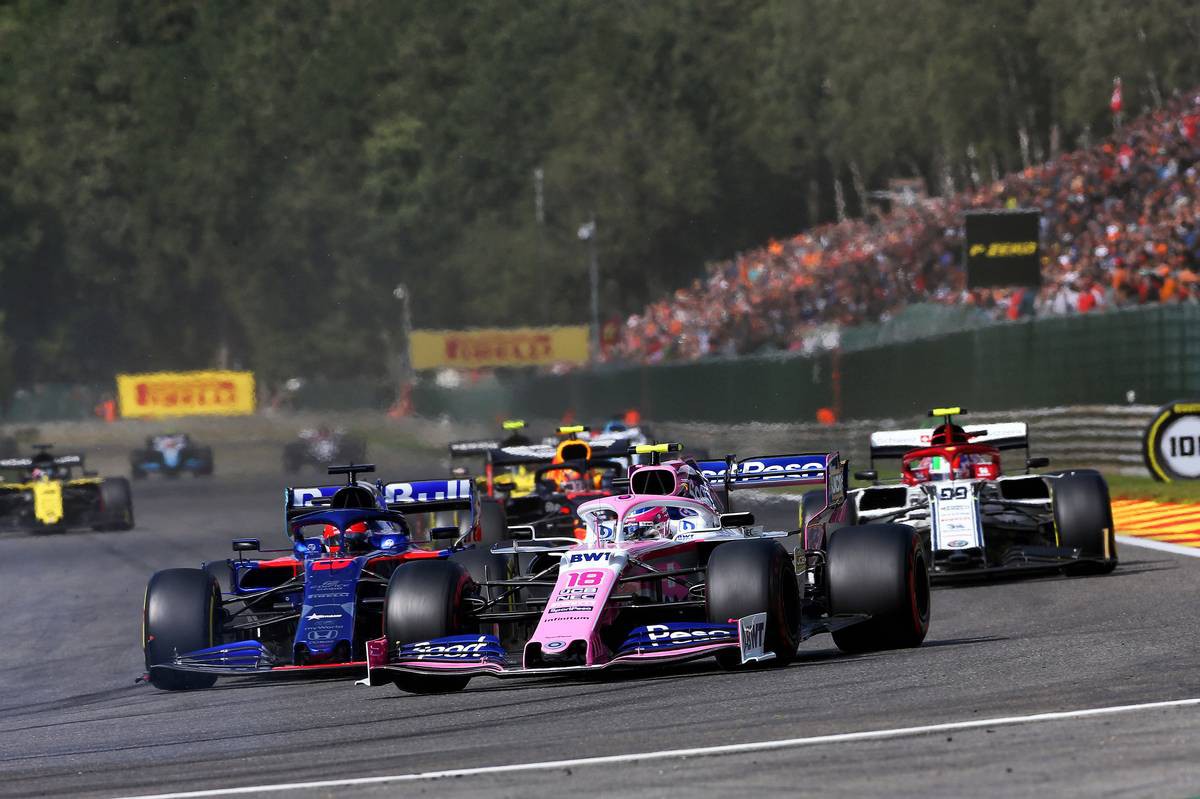 Lance Stroll (P10, 1 pt): 6/10
Lance Stroll was among a number of drivers required to start from the back of the grid due to engine changes. Since not all of them could actually fit on the back row, Stroll ended up with a helpfully elevated starting position of 16th place on Sunday. He'd already shown that the Racing Point had a nice turn of speed around Spa with top ten showings in both of Friday's practice sessions, and once the lights went out he immediately leapt into the points after surviving a first corner clash with Daniel Ricciardo and then dodging the fallout around him from the Raikkonen/Verstappen incident. An early visit to pit lane on lap 14 led to a second pit stop on lap 30, and Stroll was able to put a new set of soft tyres to good use in the closing laps to claim a shiny new championship point at the line, following late retirements for Giovinazzi and Norris.