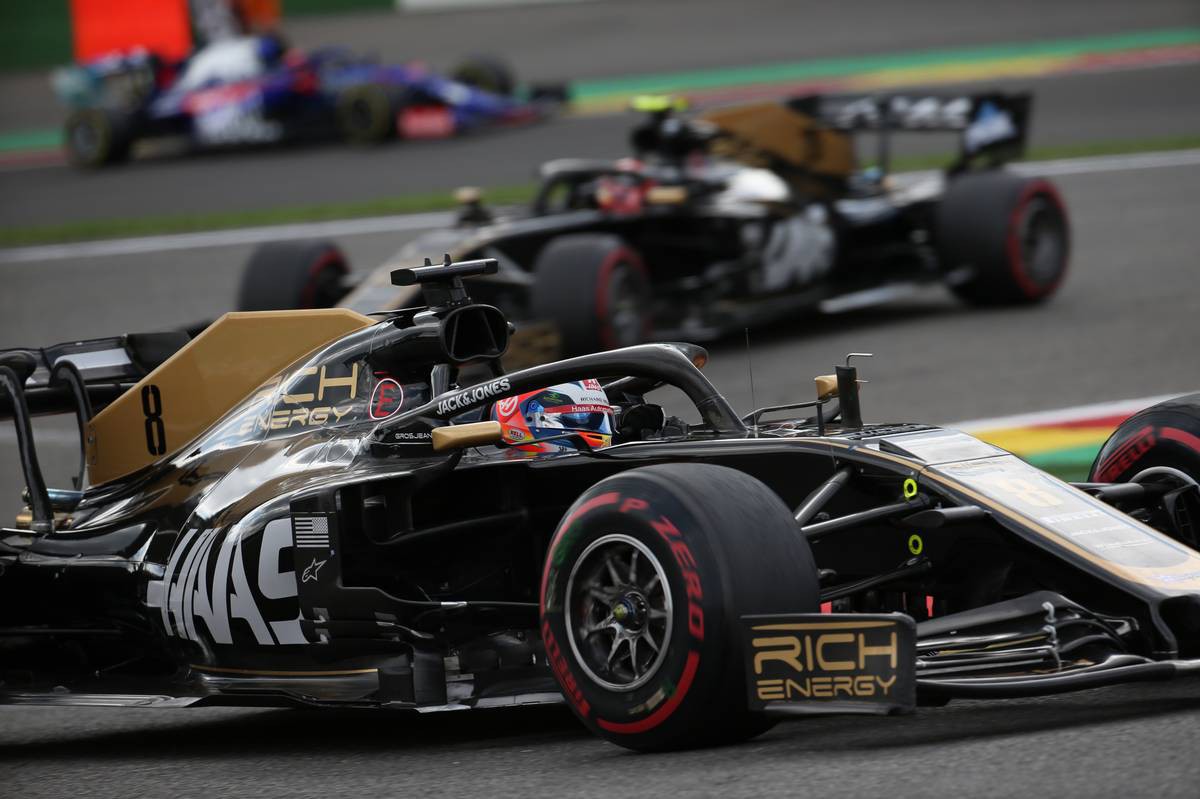 Romain Grosjean (P13): 7.5/10
Sunday at Spa was the same old story of the season for Haas, with strong grid positions and early race pace for both drivers subsequently undone by the team's chronic tyre handling issues. Romain Grosjean had been faster than his team mate throughout practice, but when it came to qualifying it was Kevin Magnussen who made it through to Q3 while Grosjean missed out by 0.059s. Engine penalties for other cars on the grid meant he still started from within the top ten, and he held on to sixth place admirably until his pit stop. But after a further 16 laps on the medium compound he got stuck behind Ricciardo and his pace fell off a cliff - "too much drag and not enough top speed" he diagnosed later - and he nosedived to 15th place before a couple of late retirements gave him back a couple of places before the chequered flag. "It's a tough feeling not being able to do anything," he sighed.