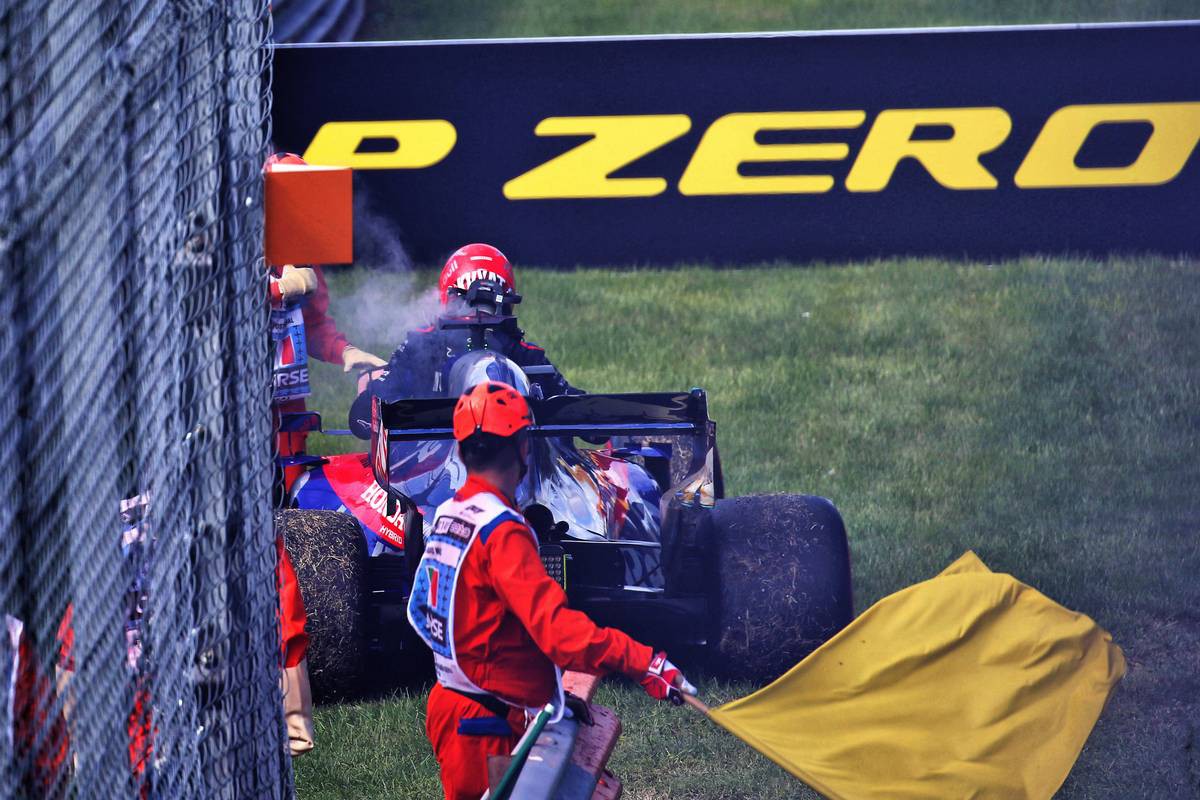 Daniil Kvyat (Retired, lap 29): 8/10
Daniil Kvyat was a fixture in the top ten all through practice, but when it came to qualifying he missed out on a spot in Q3 when he hit traffic on his final flying lap of the session, and Toro Rosso made something of a mess of organising a crucial tow between himself and team mate Pierre Gasly. It meant he lined up in 12th place on the grid, from where he adroitly weaved his way through the congestion at the first chicane and set about making up positions. In fact he didn't drop a place all afternoon, moving smoothly through the ranks all the way to sixth place by the time he made his pit stop which coincided with a Virtual Safety Car for Carlos Sainz' retirement. Unfortunately even as he left pit lane, Kvyat's car was already sending out distress smoke signals and moments later the STR14 expired for good making it a game of 'what if?' for the young Russian driver as he trudged his way back to the garage.