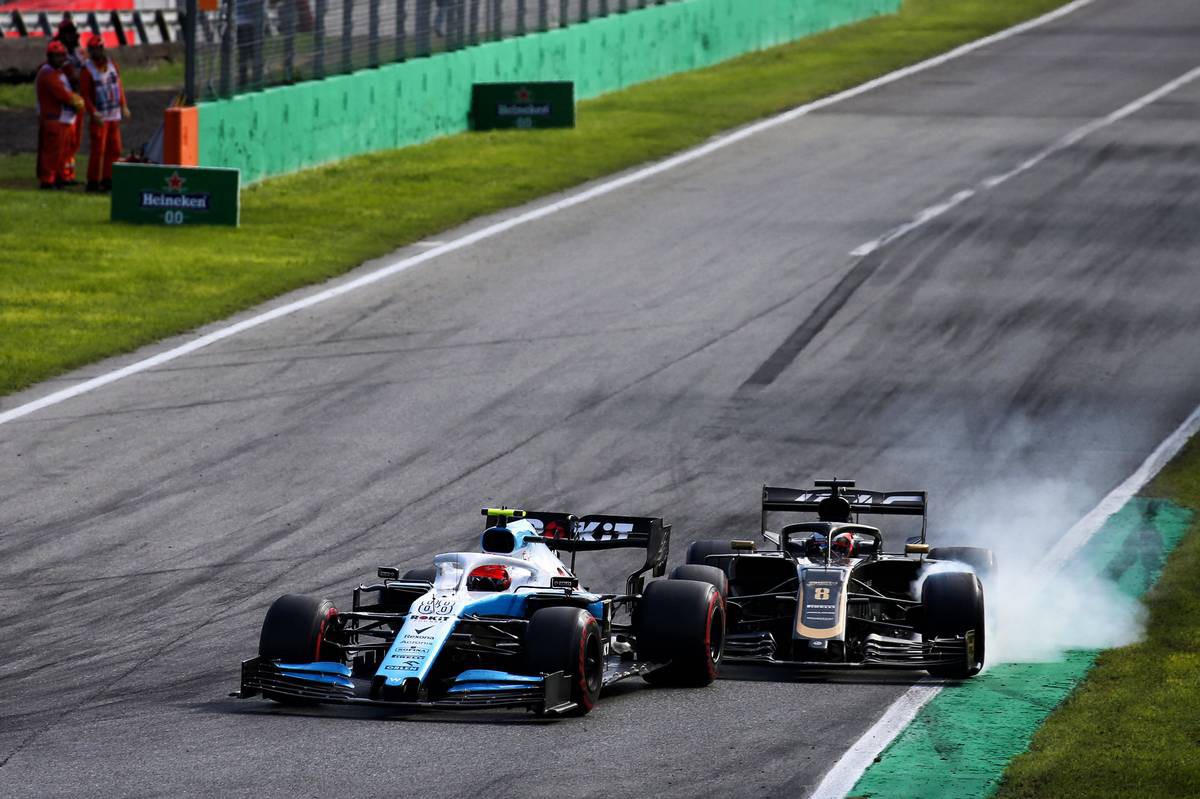 Romain Grosjean (P16): 6/10
With rising speculation that his seat at Haas next year is under threat from Nico Hulkenberg, it would be understandable if Romain Grosjean was feeling the pressure this weekend. Unfortunately his performance compared to that of his prospective replacement will only add to those concerns, as Grosjean singularly failed to thrive all weekend. He was encouragingly swift in FP2 but for the rest of practice lurked behind his notably faster team mate near the bottom of the timesheets, so it was no surprise to see him eliminated at the end of Q1. Eventually starting from 13th thanks to a number of grid penalties, it was still a disappointing drop-off from his top ten spot at Spa seven days earlier. While Kevin Magnussen battled away with Haas' mid-field rivals, Grosjean got caught up in the first turn congestion at the start and then spun at Ascari when he pushed too hard trying to make up for the early setbacks. Obliged to pit, he dropped to the back of the field and made only sluggish improvement before eventually crossing the line in 16th. If not a race to forget, it's also hardly one he'll remember.