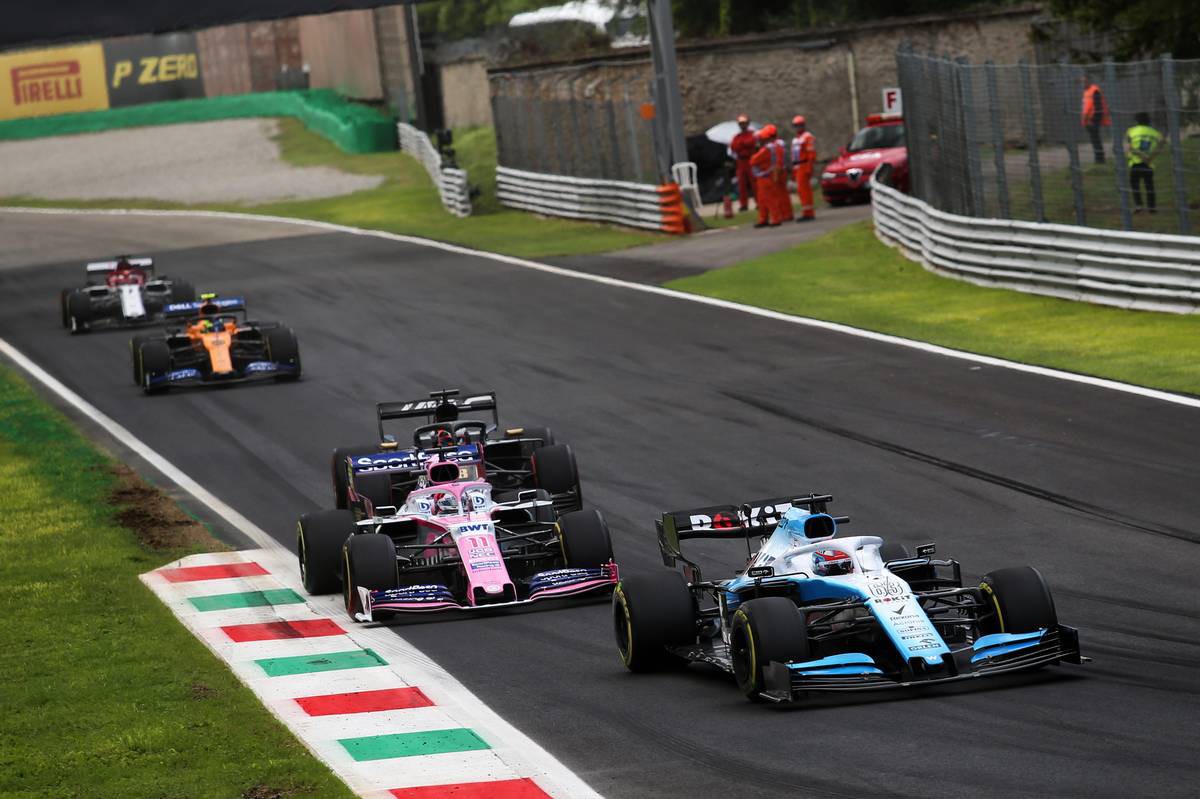 George Russell (P14): 7/10
We're still not quite sure why George Russell was so far off the pace in Friday's practice session - he was six tenths slower than his team mate Robert Kubica in FP1 and FP2 which is a complete reversal of the usual situation. Maybe he was just busy running back-to-back comparisons with a low downforce wing, because on Saturday normal service was resumed in final practice and qualifying. The high number of grid penalties for other cars meant that Russell started the race from 14th place but it was inevitable that he would drop down the order as the faster out-of-place cars blasted past him. While that was indeed the case over the first half dozen laps, Russell then found himself moving up the order. With one lap to go he had made a net gain of one place, before Sebastian Vettel managed to push past him. After all, it would have been acutely embarrassing if a Williams had beaten a Ferrari at the Temple of Speed - and it very nearly happened.