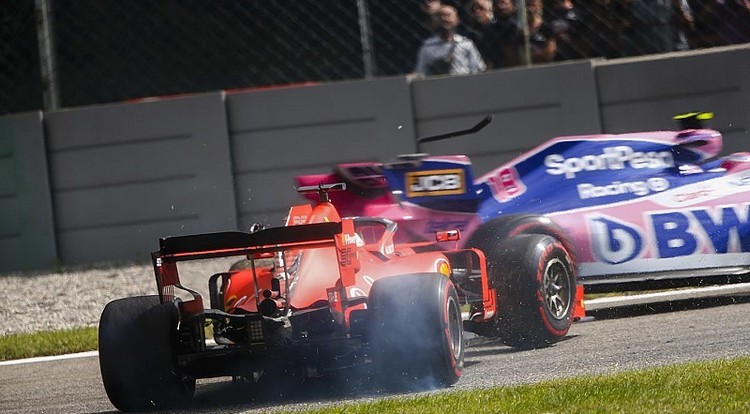 Sebastian Vettel (P13): 5/10
How can we put this? Sunday was a complete disaster for Sebastian Vettel. It was one of the worst performances by the four-time world champion that we can remember, and it couldn't have been worse-timed. With speculation that Vettel is in the process of being ousted as Ferrari's number one driver by his talented young team mate, he needed a strong showing at Monza to prove that he was still top dog. Instead, he floundered in the race like a first year rookie. The self-inflicted spin at Ascari was bad enough, but to then pull back on track right in front of another car was an appalling error from someone of Vettel's experience and talent. Rightly handed one of the most severe penalties by the race stewards, Vettel's day was done and it seemed that his spirit was broken as well as he made little progress against the slower backmarkers. "I still love what I do," he insisted, "but of course when you don't do well, knowing what you are capable of, then you can't be happy."