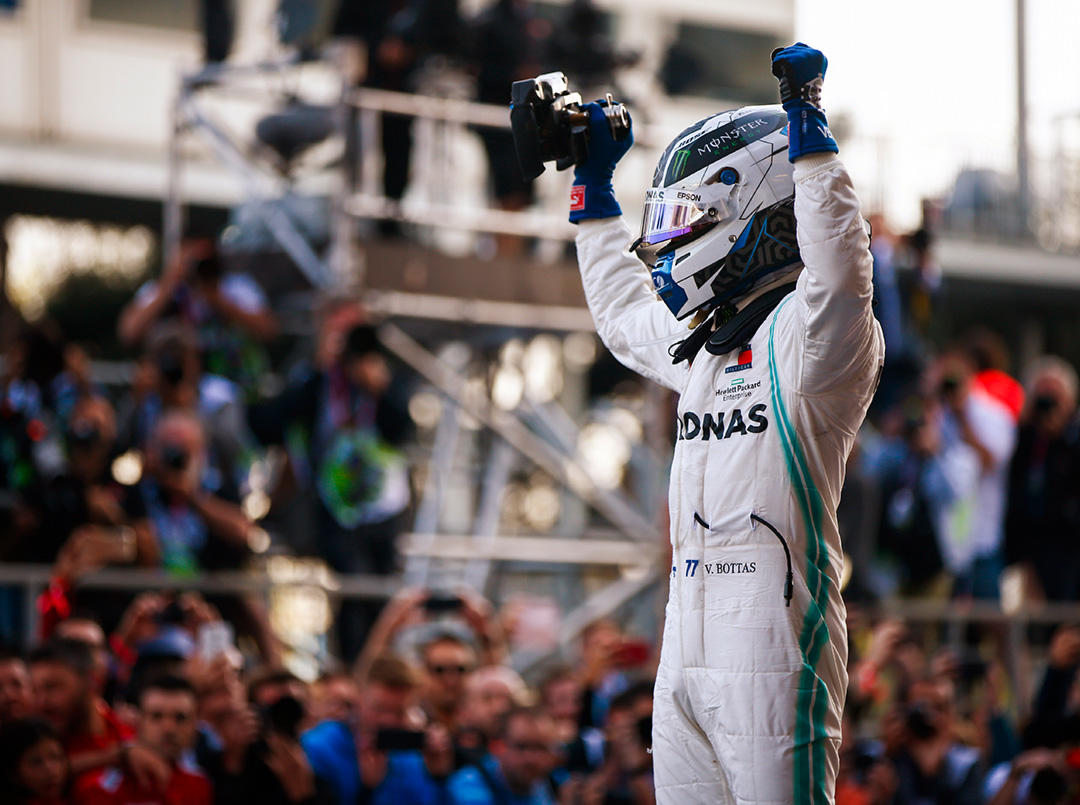 Valtteri Bottas (Pole, P1, 25 pts): 9.5/10
Surprised to see such a high score for Valtteri Bottas? To be honest, we are as well! That's because Bottas is such an unflappable, calm driver that he doesn't always stand out in the way that he deserves. But here at F1i we try and take a 'scientific' approach to the ratings (don't laugh), which means giving marks for things done well and taking them away for mistakes and poor form - and when we look at the Finn's weekend, we find a whole bunch of positives and pretty much no negatives to his performance in Baku. Okay, so he was only fifth fastest in FP2; but he soon caught up and surpassed his Mercedes team mate Lewis Hamilton in FP3, and after that he was on a roll. His last run in qualifying was exemplary and fully deserved pole, and the way that he (and Hamilton, too) managed that white-knuckle, two-wide ride through the opening corners of the race was the perfect example of how team mates can fight hard but keep it clean and respectful. Bottas kept his head and as a result kept the lead; nor did he get anxious when he subsequently lost it to Charles Leclerc for 19 laps mid-race. He appeared supremely confident that it would all come back to him eventually, and it did - fitting retribution for losing out on a certain win here last year.