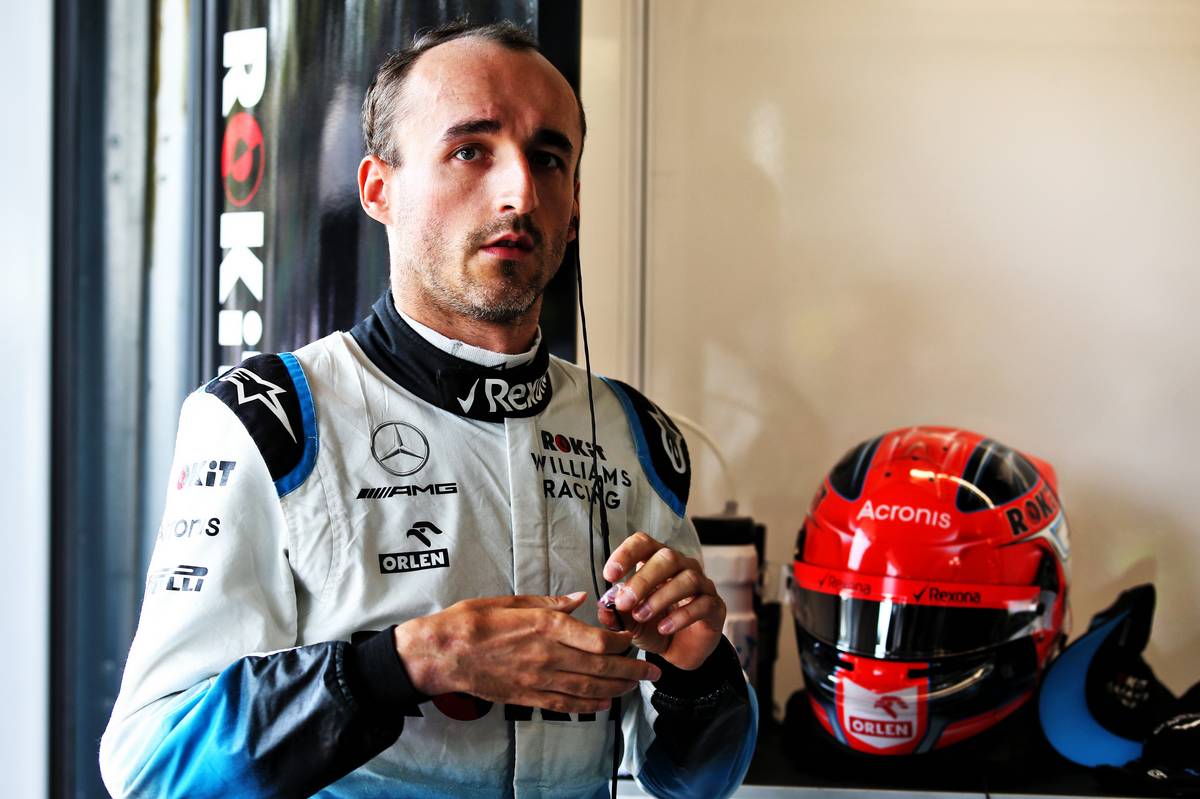 Robert Kubica (P16): 4.5/10
We try to find nice, positive, upbeat things to say about Robert Kubica. Honestly we do. But the Pole's return to active service in Formula 1 is turning into something of a waking nightmare, for him as well as those of us watching. Obviously a lot of the blame has to be laid on the Williams FW42 which was even slower here than it had been in the first three races - you could hardly design a track that more cruelly exposed the car's faults more than Baku City Circuit's high downforce sections followed by super-high speed straights. But even in such circumstances, Kubica is failing to thrive at a more fundamental level: he was once again out-qualified by his rookie team mate, despite George Russell missing out on the whole of Friday practice due to the drain cover incident. And then for good measure he planted the car into the wall at the end of Q1. However we'll absolve him of any blame for Sunday's drive-thru penalty which appeared to be down to the team itself not understanding the rules; and once again there's a microscopically thin layer of silver lining in that both Williams cars lasted the full race distance.