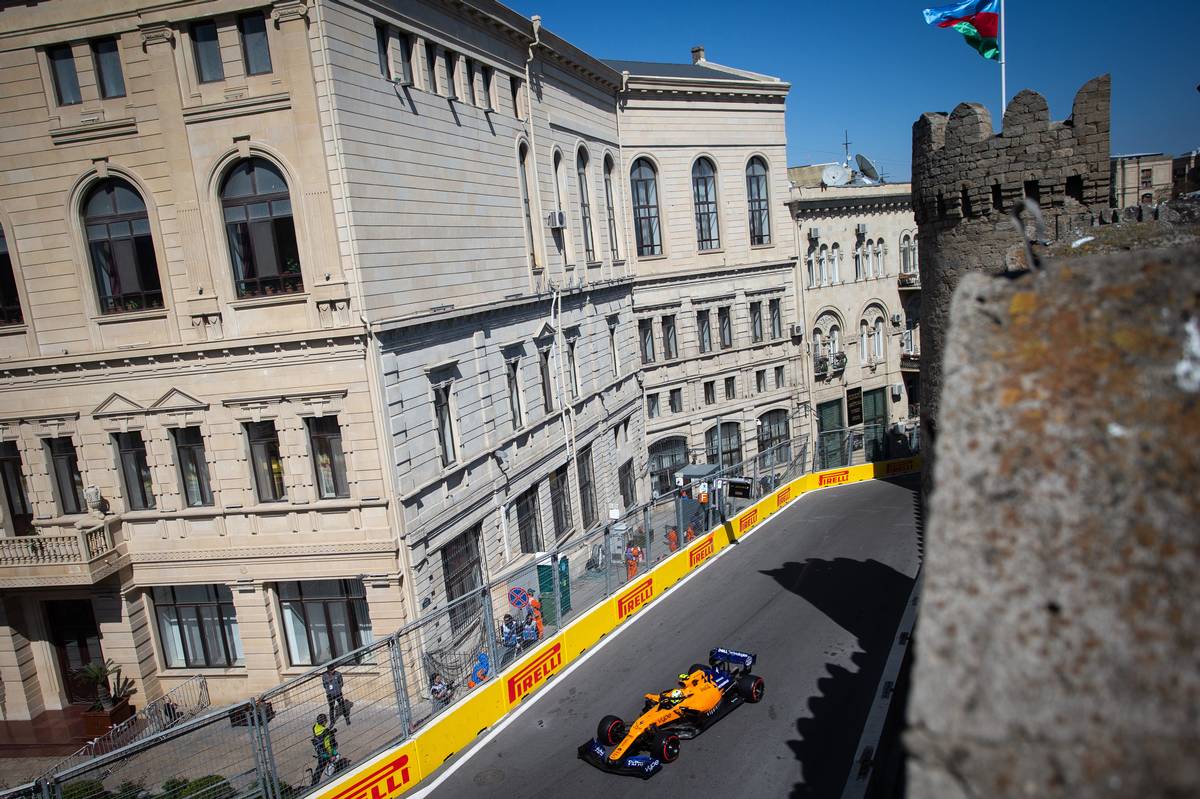 Lando Norris (P8, 4 pts): 8/10
A desperately poor outing for McLaren in Shanghai brought the naysayers out in force, declaring the team's supposed renaissance in 2019 to be a mirage that had now been thoroughly debunked. Well, that 'mirage' was looking rather solid and substantial again this weekend in Baku, with Lando Norris and Carlos Sainz both producing decent showings in practice in a nicely balanced MCL34. When it came to qualifying, Norris came out on top in the battle of the team mates and went all the way through to Q3 again - he's been making a bit of a habit of this - to start the race from seventh place. Norris was ahead of Sainz for most of the afternoon, before the team got a little too ambitious for their own good by pitting him for a new set of softs after the Virtual Safety Car. It dropped him behind Sainz and the new tyres then failed to 'switch on' in the cooler late afternoon conditions, leaving him one place behind the Spaniard at the chequered flag. Even so, it was a good attempt and a valuable part of Norris' ongoing F1 education.