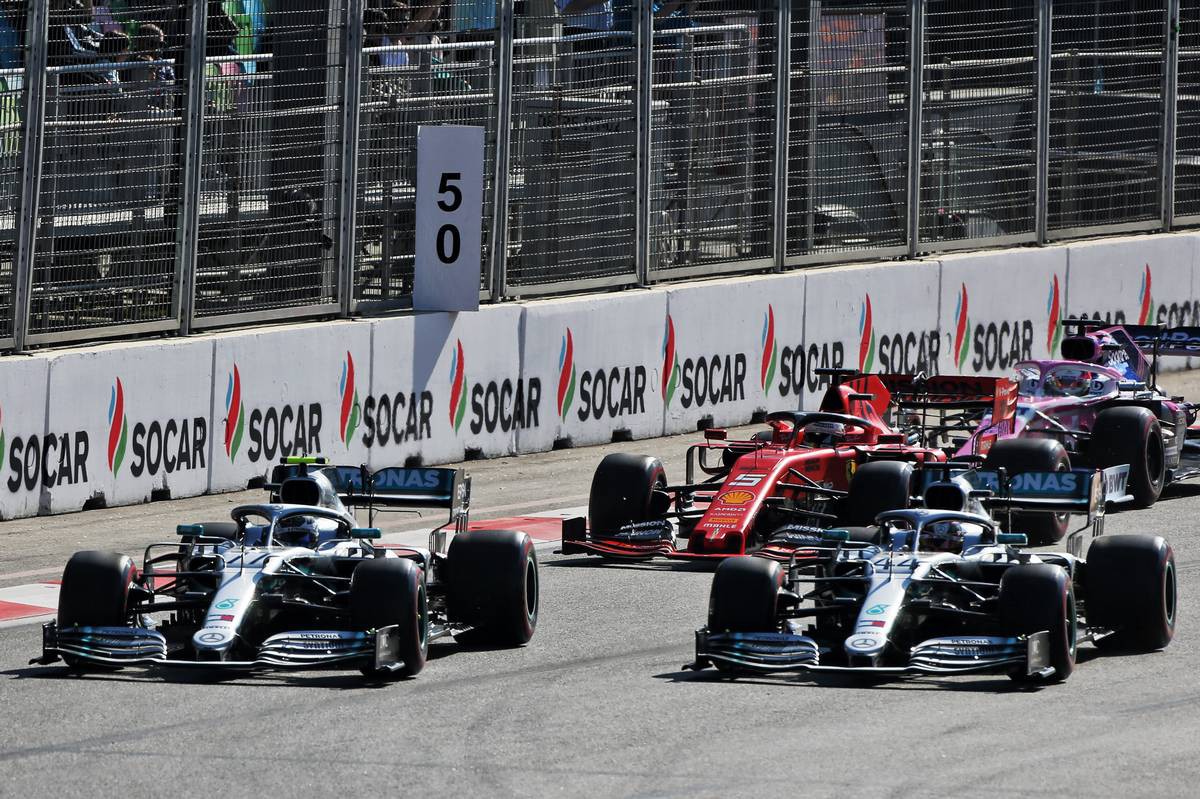 Lewis Hamilton (P2, 18 pts): 8.5/10
By his own admission, Lewis Hamilton never felt truly comfortable at Baku this weekend, clearly struggling at times to get the tyres up to temperature. As a result there were more minor mishaps and run-offs for the reigning champion than we would usually expect, and he was slower than team mate Valtteri Bottas in final practice. Even so it looked like he had pulled another rabbit out of the hat at the end of qualifying, at least until Bottas popped up with something truly magical to take pole away by 0.059s. On Sunday, Hamilton made a terrific start to the race but pole gave Bottas the upper hand in terms of track position which allowed the Finn to keep the lead through a spirited wheel-to-wheel battle through the first few corners that was a credit to both drivers, but must have contributed a new crop of grey hairs for Mercedes boss Toto Wolff. With no team orders in effect, Hamilton was hoping for another chance to ambush Bottas in the final couple of laps, but the timing of the Virtual Safety Car hampered him and he was ultimately forced to settle for second.