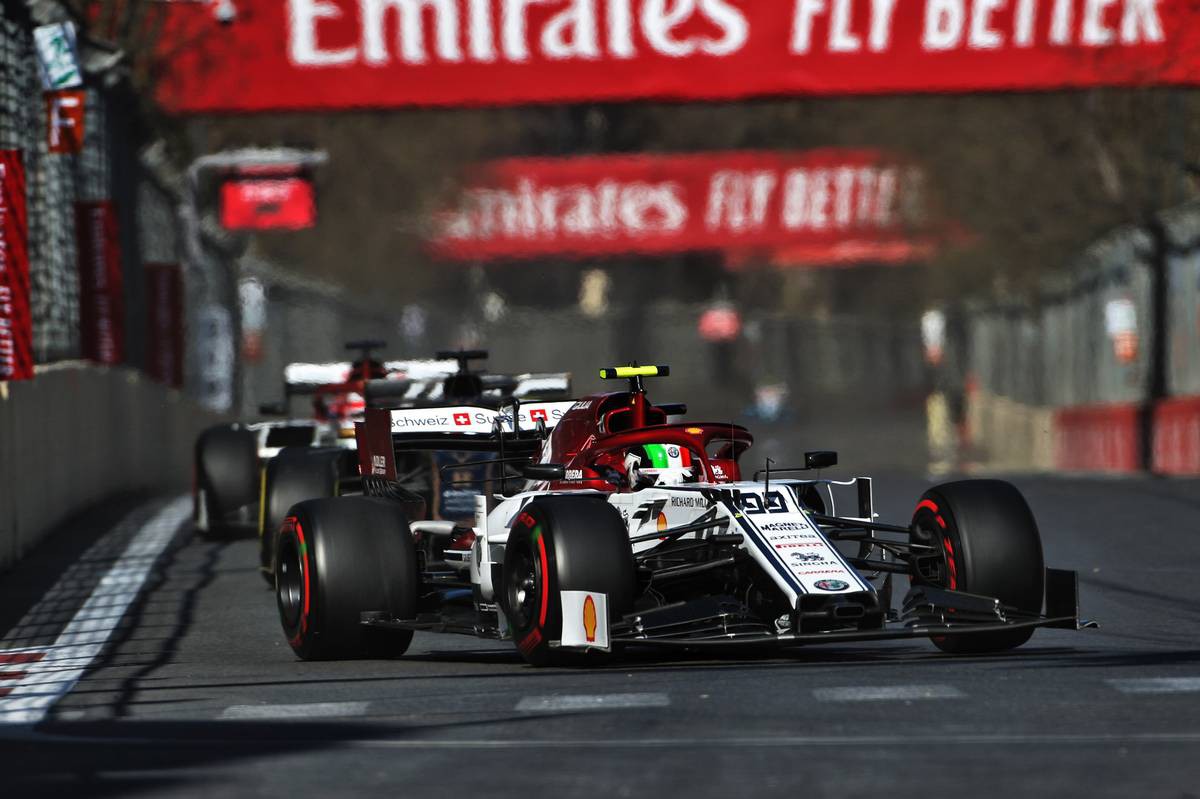 Antonio Giovinazzi (P12): 7/10
Antonio Giovinazzi might have been flying slightly under the radar this weekend, but he actually had a pretty strong time in Baku. For starters, he was quicker than his team mate Kimi Raikkonen in Friday's sole practice session, and he was still within a tenth of the Finn in FP3. He then out-qualified the former world champion on Saturday when the pair both made it into the final top ten pole shoot-out round. Unfortunately all that impressive effort was somewhat for nought, as a new control electronics on the Alfa Romeo had already incurred a ten place grid penalty that meant he lined up on the back row of the grid. In the race, the team opted for a short first stint that saw him pit on lap 7, and although he made methodical progress during the race he topped out in 12th place. In contrast, Raikkonen had the last laugh over Giovinazzi when he was manage to finish in the points, despite a pretty torrid weekend of his own.