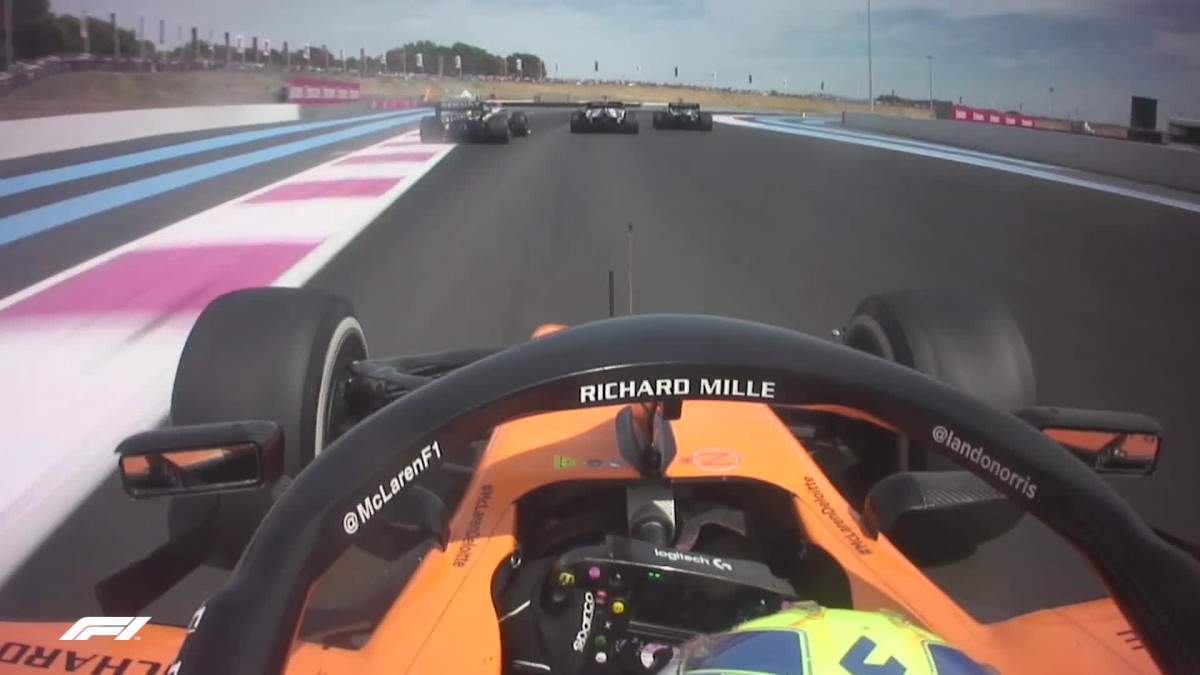 Lando Norris (P9, 2 pts): 9/10
After being forced out of the Canadian Grand Prix with an unusual suspension failure, Lando Norris was determined to come back stronger this week in France. Helped by his pre-existing knowledge of the Circuit Paul Ricard venue, he was the fastest of the two McLaren drivers throughout practice and duly went on to out-qualify Carlos Sainz on Saturday afternoon. Both drivers succeeded in making it through to Q3, and Norris ended up just nine thousandths away from knocking Max Verstappen out of fourth. When it came to the race itself, Norris lost out to Sainz at the start and was the first victim of Sebastian Vettel's comeback campaign four laps later. Even so he still looked on course to deliver an impressive seventh place, right up to the final laps when spiralling hydraulic issues left the MCL34 all but undriveable. He did his best but the dam burst on the last lap and he lost three positions in one corner - although the kindly race stewards found a way to hand him one of those back after the finish, which he genuinely deserved. Fans also awarded him the kudos of official F1 Driver of the Day for his battling performance.