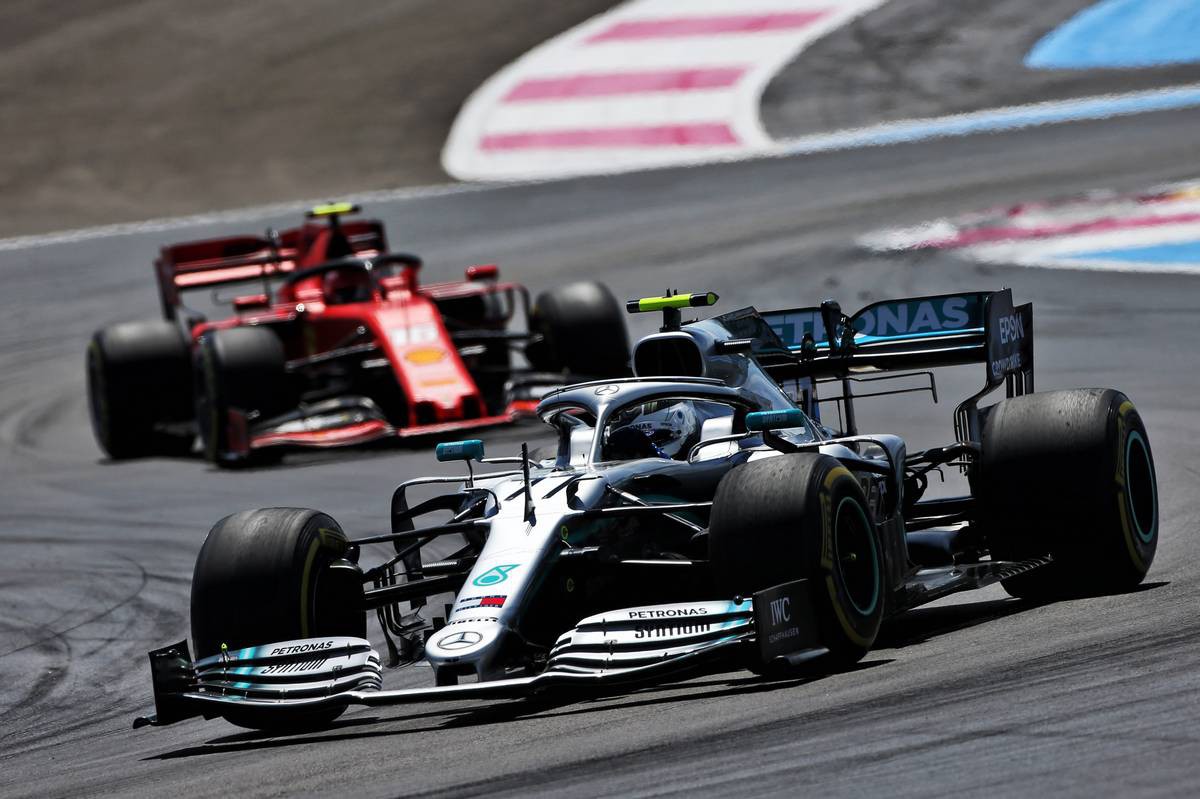 Valtteri Bottas (P2, 18 pts): 7.5/10
Valtteri Bottas teased us by being faster than his Mercedes team mate Lewis Hamilton on several occasions in France. He finished Friday's practice sessions more than four tenths ahead, and pipped Hamilton by 0.041s in final practice as well. Bottas then topped the first two rounds of qualifying and looked a real contender for pole - until he was blown away by Hamilton's Q3 runs which put him a comfortable quarter of a second ahead of the field. Bottas' only remaining hope was to get a jump at the start of the race, but Hamilton was wise to this and provided no opening. Before he knew it, Bottas was staring at the back of a W10 rapidly receding into the distance and the race was effectively over. At least second looked to be in the bag for the Finn, until assorted problems following a late Virtual Safety Car saw him lose a chunk of time. The adrenalin would have been pumping as fought hard to fend off Leclerc on the final two laps, but he proved to be up to the task. He remains second in the championship and by no means out of reach of the title at this still-early stage of the campaign.