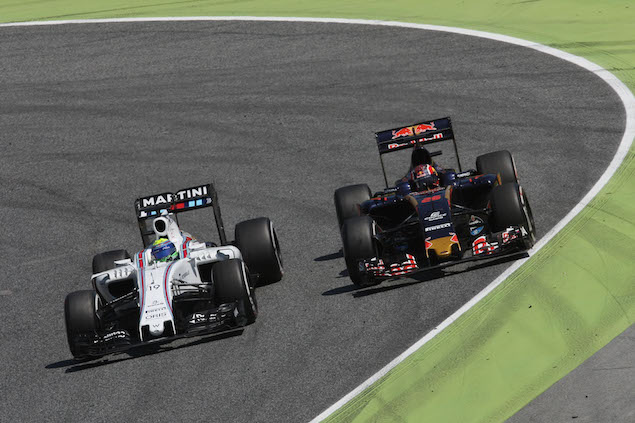 While his race performance was impressive, Massa and Williams had shot themselves in the foot with a qualifying blunder on Saturday. With Massa failing to put his one and only Q1 run together he started 18th, with the blame shared between team and driver. In the race, however, Massa made up for his part, though he dropped to 19th at the start. After the safety car the Brazilian moved quickly through the field on a three-stop strategy, allowing him to jump the McLarens to get in to the top ten. By the time he caught Perez he had tyres that were six laps older but was unable to make further progress.