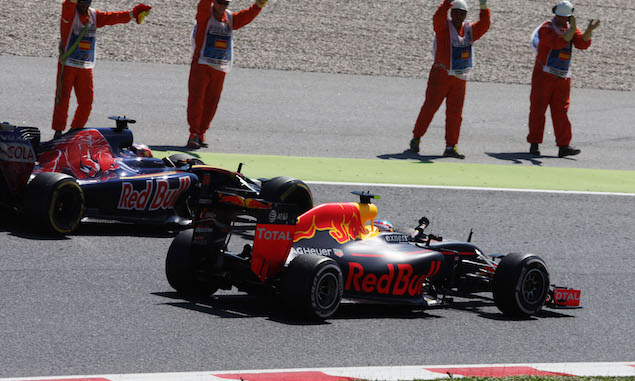 Not an easy weekend for Kvyat after a tumultuous week since Russia, but he at least managed to salvage a point as he got to grips with the Toro Rosso. Qualifying was a disappointment as Sainz started from eighth and Kvyat 13th, and he lost out at the start as he still was not confident under braking for Turn 1 in traffic. As the race wore on he improved and was chasing down Button on soft tyres but was caught behind Vettel and Ricciardo and decided not to risk a pass on his former team-mate due to it being a podium battle, despite the obvious pace advantage he held.