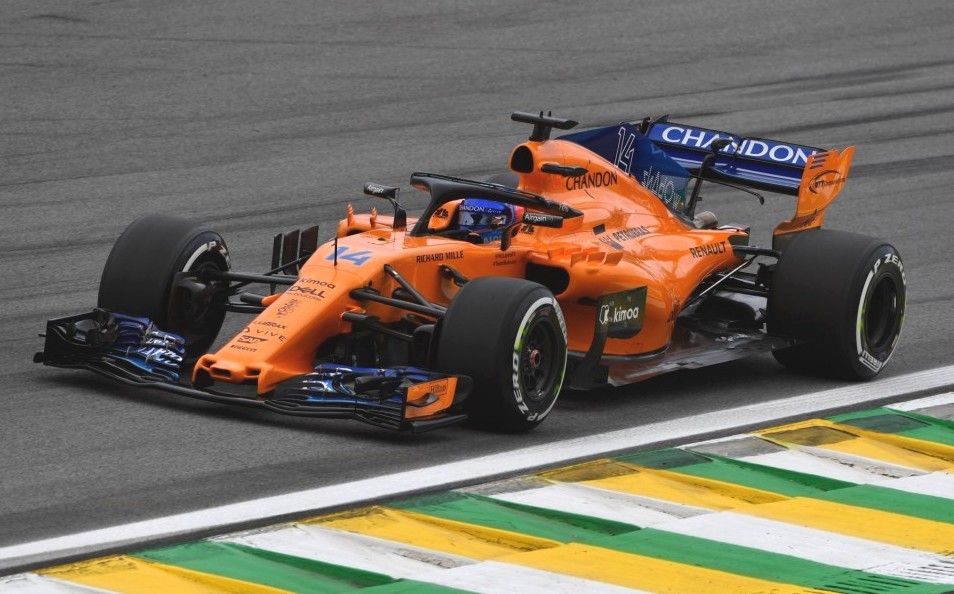 Fernando Alonso (P17): 7/10
Despite being saddled with the terrible MCL33, Fernando Alonso has enlivened many a race in 2018 with his spirited runs to inject himself into the points despite the odds being against him. But there was no such compensation to be had on his penultimate outing for McLaren in F1, and Brazil was a frustrating experience for the two-time champion. Starting from 17th place on the grid after early elimination in qualifying, he gained a couple of spots at the start but then lost out to Esteban Ocon. A terrible pit stop dropped him to the back of the field where he laboured for the remainder of the day. To his credit he never gave up, and he gained two positions near the end - only to be docked one of them with a post-race time penalty for not reacting to blue flags quickly enough.