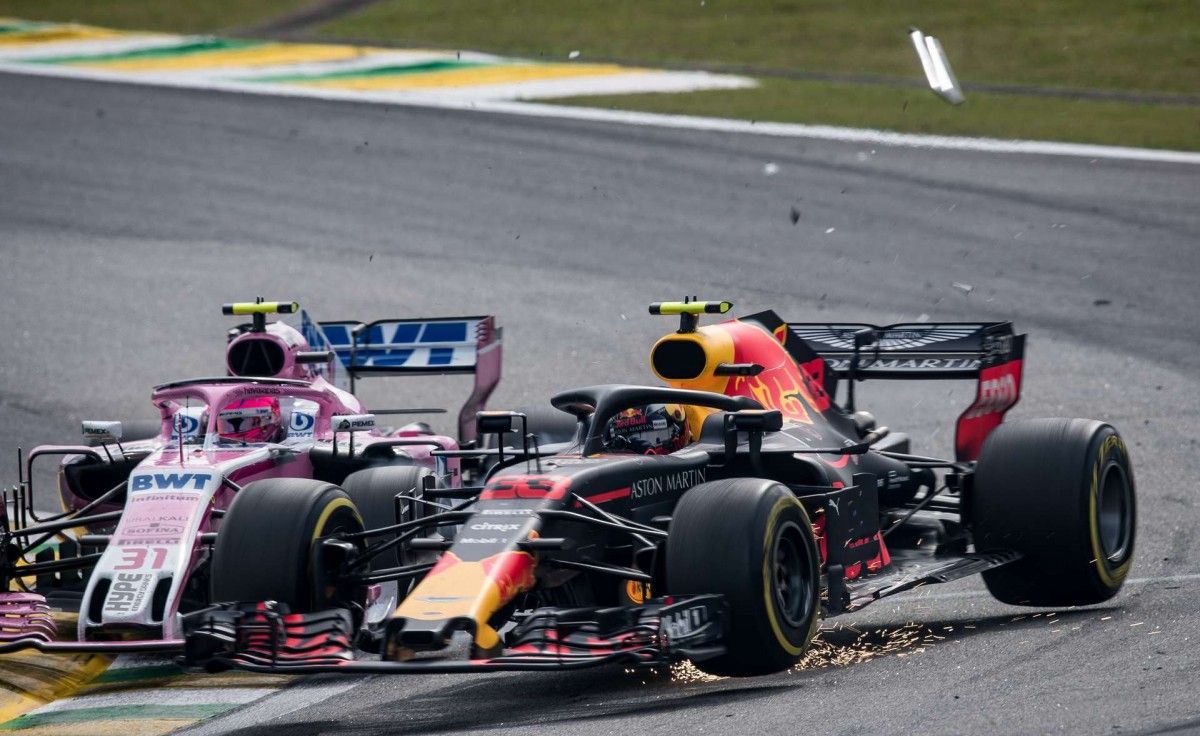 Max Verstappen (P2, 18 pts): 7/10
A muted qualifying session appeared to confirm Max Verstappen's comments that Red Bull wasn't expecting any repeat of its Mexico success. But then the lights went out in the race and Verstappen leapt right into the fray and immediately laid waste to to the competition. No one had the speed or grip to match him: his climb to the front was unstoppable and one of the best driving displays we've seen all year. If the story stopped there then we'd be awarding the Dutchman a 10/10 - or even higher if we could. Unfortunately there's the small matter of his lap 44 clash with Esteban Ocon that cost him the lead and ultimately victory. While Ocon was undoubtedly at fault and the trigger for what happened, Verstappen can't escape his share of the blame. As Lewis Hamilton pointed out afterwards, Max had far more to lose and should have been more careful and aware to the dangers rather than blithely assuming he had the Esses to himself. It's exactly that sort of skill that separates the hotheads from the future champions. His sulky demeanour and physical confrontation with Ocon in the paddock also means we have to dock him further points from our ratings. However, those first 43 laps in Brazil will forever remain a thing of beauty to behold.