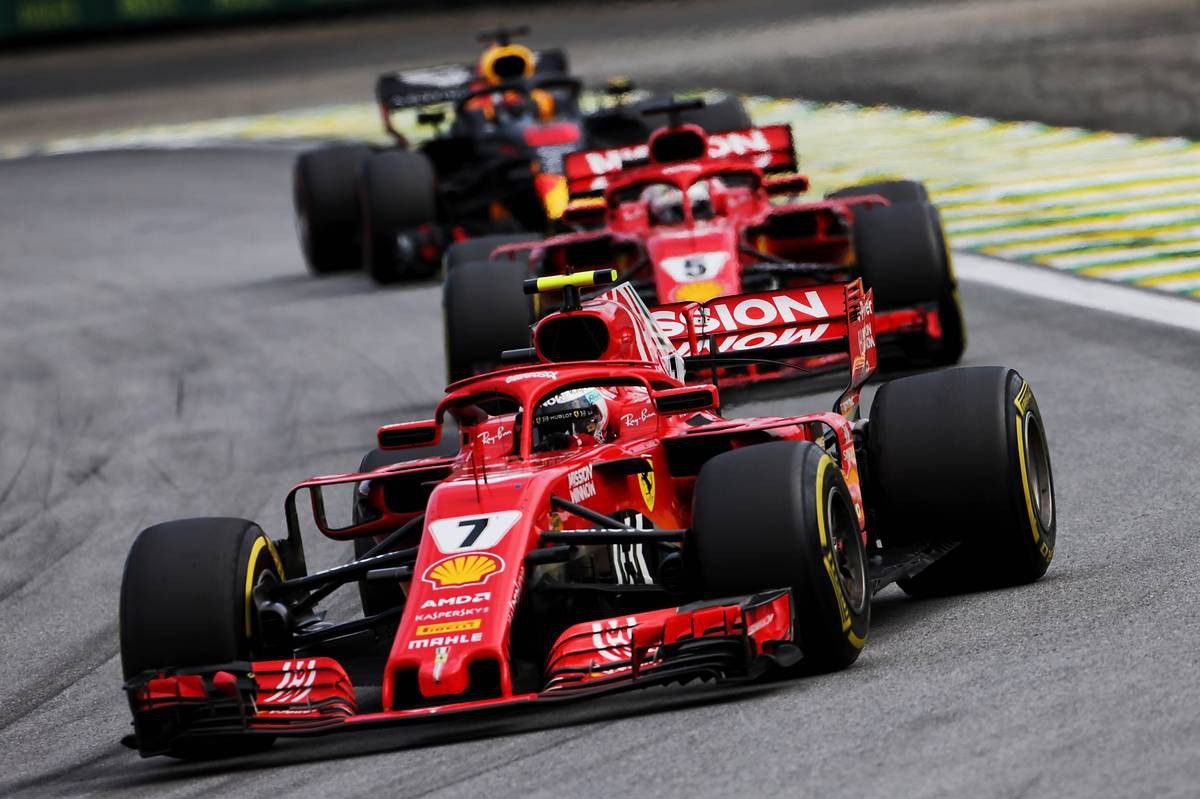 Kimi Räikkönen (P3, 15 pts): 8.5/10
As is usual for this most taciturn of drivers, Kimi Raikkonen wasn't looking too impressed by the outcome of this weekend's Grand Prix, despite picking up his 103rd podium place with an assured drive. He might have done even better had he not made a mistake on his best lap in the final round of qualifying the previous day which meant he started the race from fourth place. Despite that he was immediately harassing fellow Finn Valtteri Bottas the moment the lights went out on Sunday, and then even managed to dispatch his team mate Sebastian Vettel. However there was nothing he could do about the astonishing pace of Max Verstappen, and so he wisely focussed on managing the threat from Daniel Ricciardo in the second Red Bull behind him. Third place might not have been the result Ferrari needed to keep the constructors championship alive for another week, but it was a good way to mark Kimi's 150th outing for Ferrari - before he leaves the team to return to Sauber in 2019.