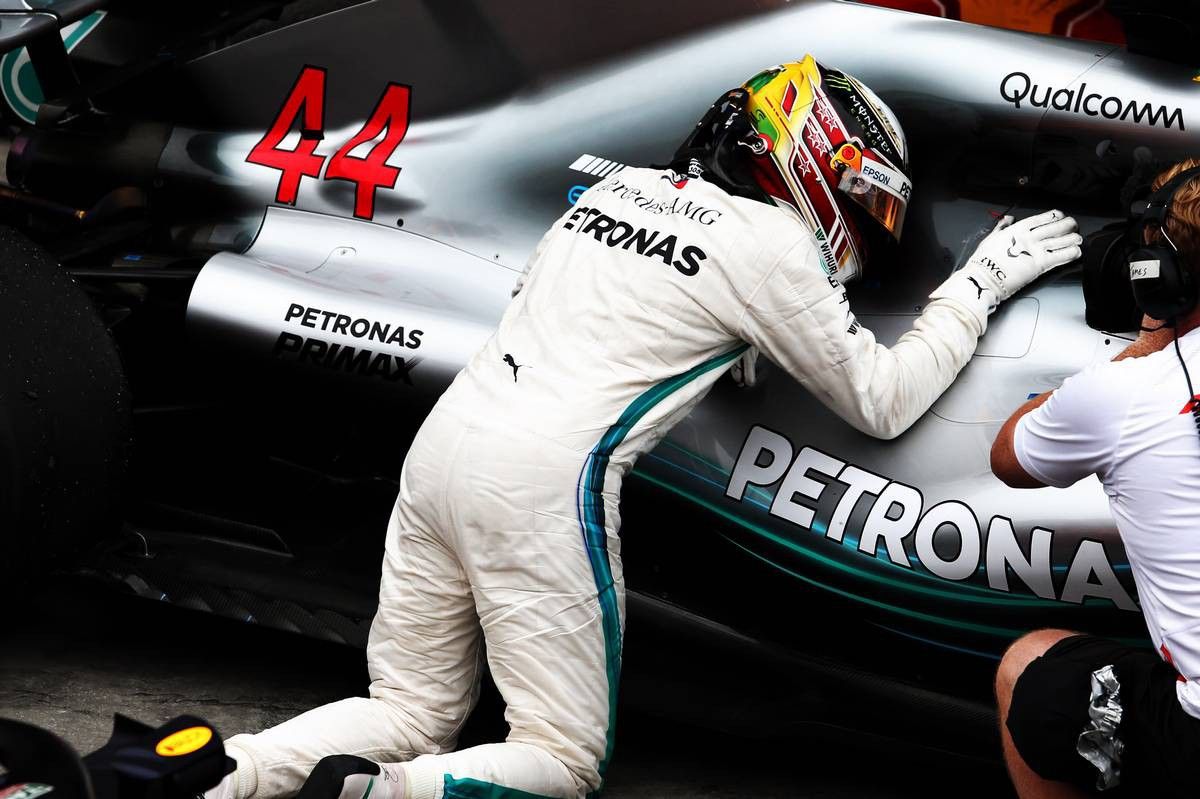 Lewis Hamilton (Pole, P1, 25 pts): 9/10
With pole position and a race victory in Brazil ensuring a fifth constructors crown for his team, it looks on the surface as though Lewis Hamilton had the perfect weekend. But looks can be deceiving, and in fact Hamilton was made to work very hard for both pole (including that near-miss with Sergey Sirotkin in Q2) and the win itself. The Red Bulls were clearly faster than anyone else in race trim, and Hamilton was further compromised by tyre degradation and by an engine issue in the second half of the race that nearly forced him out entirely. Lewis was undeniably lucky to have the lead handed back to him as a result of the Verstappen/Ocon clash, but he was in a position to capitalise. It was a true champion's drive from that point on as Lewis managed his escalating problems and held off his rivals to the chequered flag to take his tenth win of 2018. Oh, and then there was 'securing the constructors title for Mercedes' business as well - it's just the sort of thing champions do in a day's work, right?