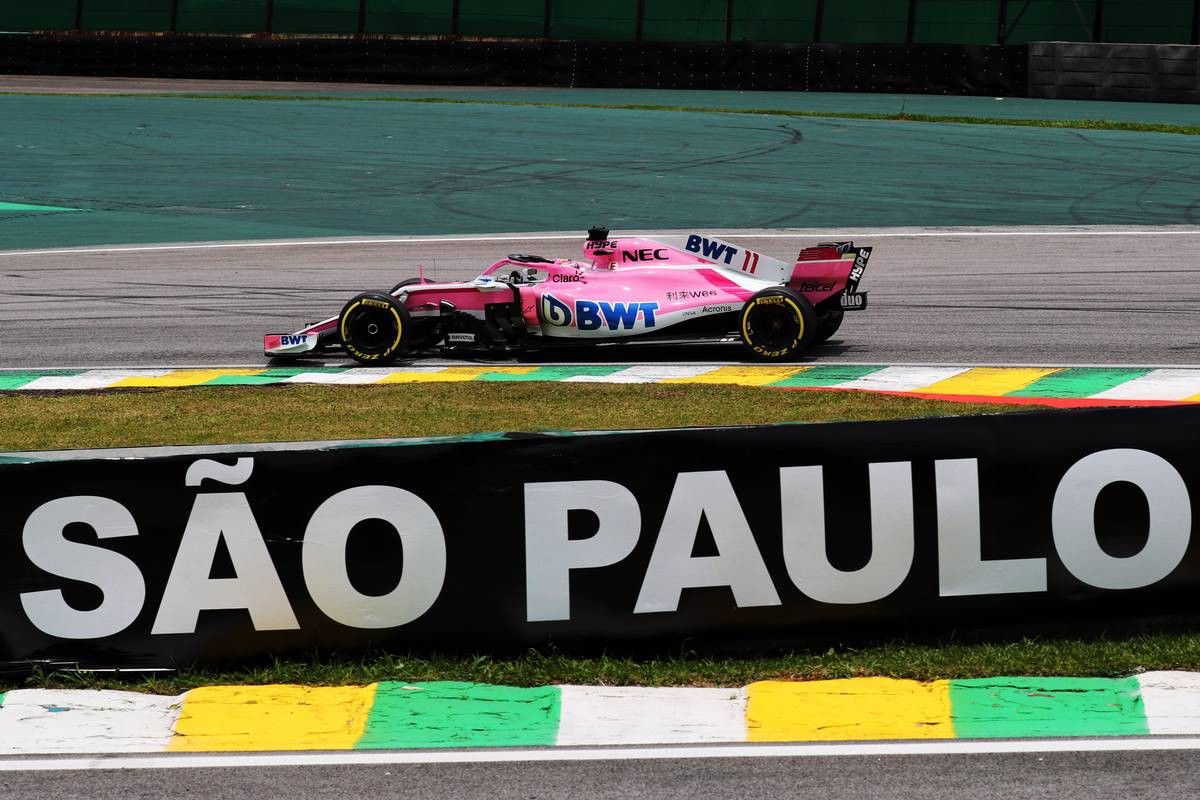 Sergio Pérez (P10, 1 pt): 7/10
It hadn't been a great weekend for Force India, which simply lacked the necessary pace at Interlagos. A solid but unspectacular qualifying meant Sergio Perez started from 12th place on the grid, and while he moved up as high as eighth place at one point through good tyre and fuel management, he then dropped out of the points again when it was time to pit. He ran the last 20 laps back up in tenth place hoping for some rain to give him a chance to make a move on the Haas cars ahead, but it didn't materialise. A single championship point is better than nothing, but less than the Mexican had been hoping for.