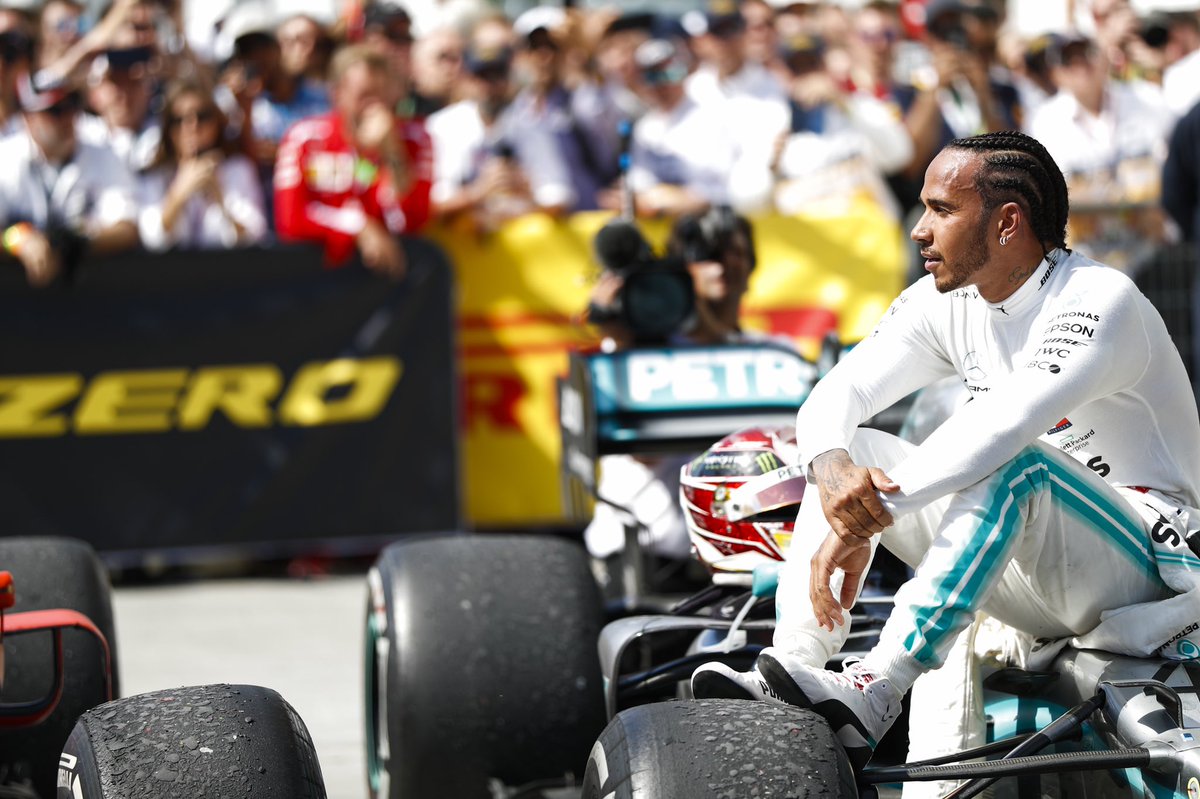 Lewis Hamilton (P1, 25 pts): 8.5/10
Lewis Hamilton is having a quite extraordinary run of good fortune in 2019. A lot of the time that's thanks to the impressive performance and reliability of the W10; and when that isn't enough to ensure victory, his rivals somehow make a mistake that hands him the win regardless. In Montreal is was clear that the new Mercedes power unit didn't have the straight line speed to carry the fight to Ferrari, and Hamilton made it harder for himself by hitting the wall in practice that cost him substantial track time for repairs. It probably also contributed to the hydraulic leak which reared its head on Sunday morning. Given all these headaches Hamilton did well to qualify on the front row and hold Charles Leclerc at bay at the start, and then to apply the pressure to Sebastian Vettel for the rest of the race - which culminated in the Ferrari's error and costly penalty that ultimately rewarded Hamilton victory. Yes, he might have been somewhat lucky again this week: but you have to say, Hamilton really does make an awful lot of his own 'luck'.