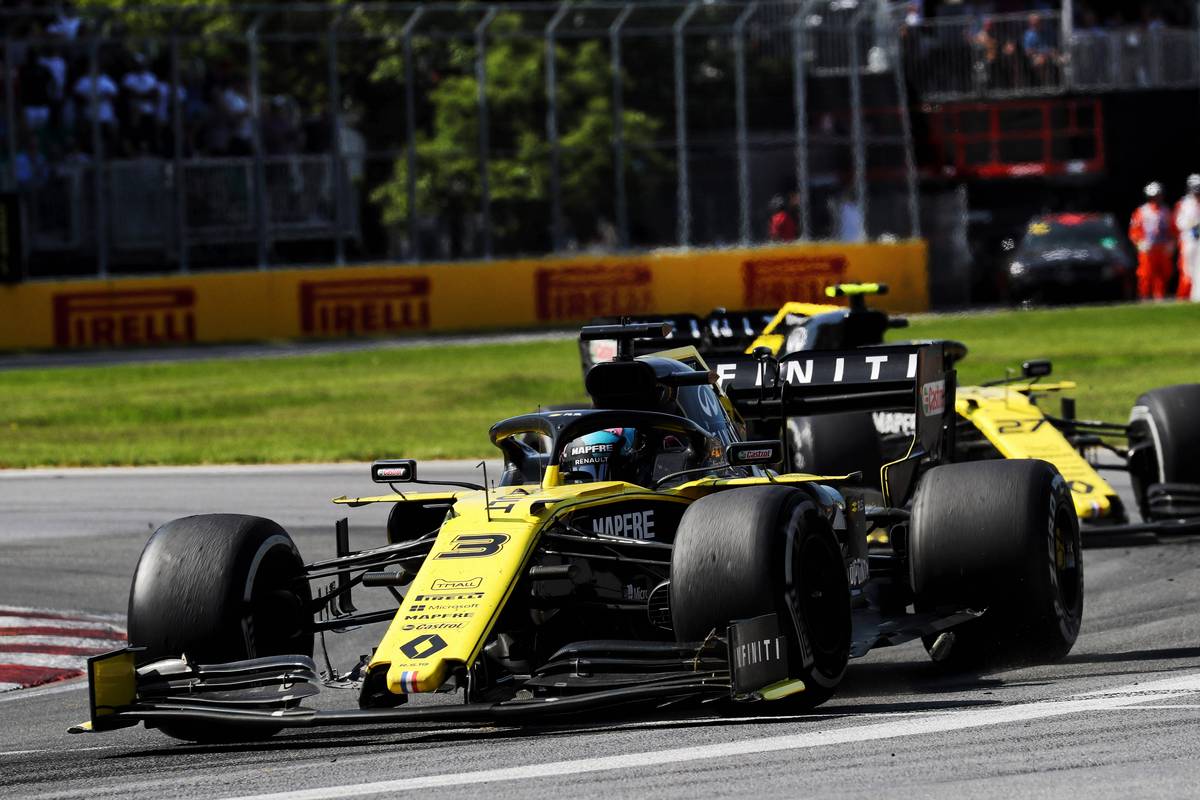 Daniel Ricciardo (P6, 8 pts): 9/10
Okay, so his fourth place grid position in Montreal was in part down to the misfortunes of others - not least Max Verstappen missing out in qualifying due to an untimely red flag. But the sight of Daniel Ricciardo starting from the second row was like a blast from the recent past, back to when he was at Red Bull before his off-season jump to Renault. Finally the new team seems to be getting its act together and it delivered a solid performance over the entire weekend, with Ricciardo consistently coming out on top over his team mate Nico Hulkenberg in every session. Of course there was little chance that Ricciardo would hold on to fourth all the way to the finish in the face of recovery drives from Verstappen and Valtteri Bottas, but he ended up as the 'best of the rest' outside the Ferrari, Mercedes and Red Bull ranks. The high beam smile was back in evidence after the chequered flag, and it was well deserved, too.