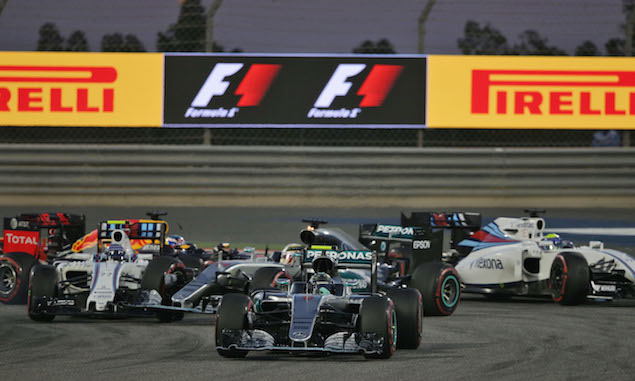 Whether it is form or fortune, Rosberg’s run continued with his fifth straight victory in Bahrain. Rosberg himself admits he was not really tested during the race, with his strongest moment being a good start which ensured he led team-mate Lewis Hamilton in to Turn 1. With Kimi Raikkonen having made a poor start, the moment Hamilton was hit at the first corner Rosberg was set for a relatively lonely race. Two slow pit stops couldn’t halt his serene progress towards victory as the championship leader showed the pace to respond to Raikkonen when required.