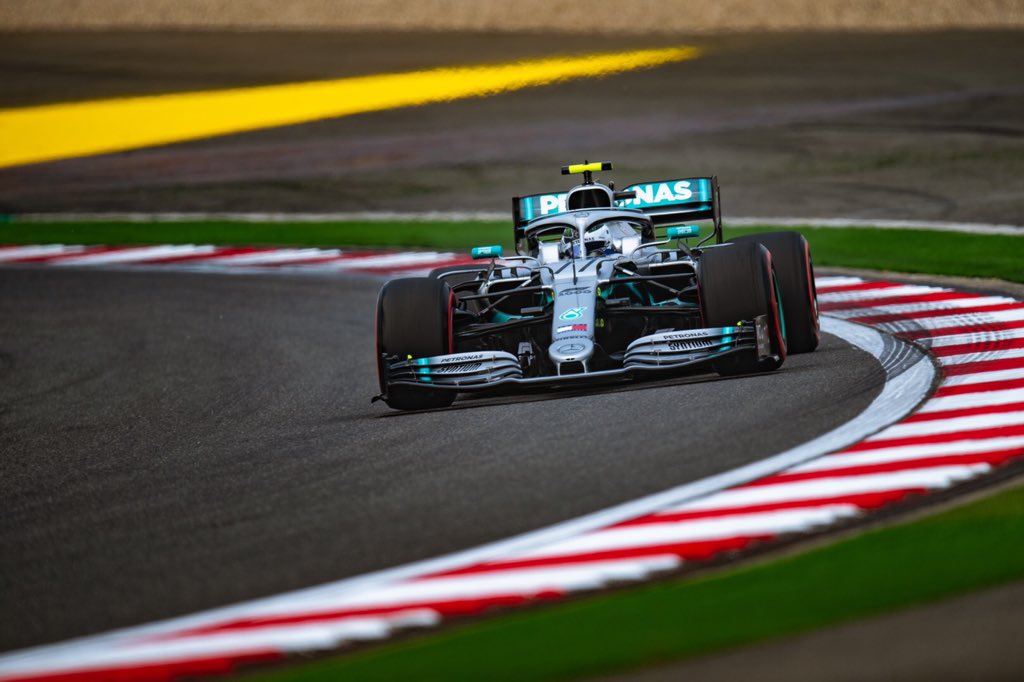 Valtteri Bottas (P2, Pole, 18 pts): 8/10
Valtteri Bottas came into Sunday's race looking like the man in form, daring his team mate Lewis Hamilton to dig deep and find something special to deny him a second win of the season. The Finn had deservedly come out on top in qualifying - by just 0.023s - and clearly looked the happier and more settled of the two Mercedes drivers heading into the race. But then he blew his lines at the start of the race - or rather, the painted line at the start blew his race for him, dropping him behind Hamilton into turn 1. Should Bottas have been able to do more to overcome the problem? Maybe. We'll never know. And unfortunately that's the sort of thing that will be niggling at the back of Valtteri's mind too.