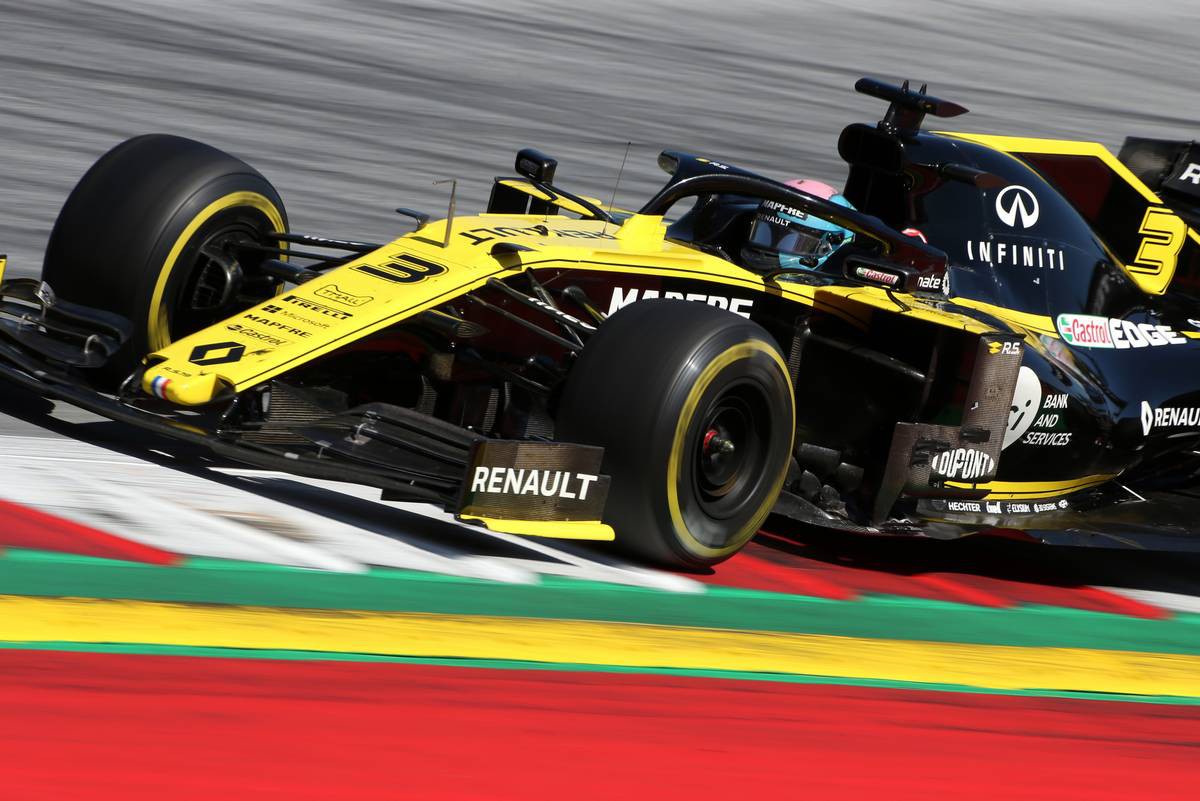 Daniel Ricciardo (P12): 6.5/10
There was little to separate Daniel Ricciardo and his Renault team mate in Austria, suggesting that both probably got the most out of the R.S.19 that there was to be had at the Red Bull Ring. Ricciardo started out with a strong upper hand in FP1 but Hulkenberg had the advantage after that and into qualifying. Even so, Ricciardo started the race ahead on the grid due to his team mate's engine penalty - only to lose three positions when the lights went out when he struggled for grip. Things improved as the race went on and he had the satisfaction of passing Hulkenberg for position on the final lap, but there was never any realistic chance of either Renault driver getting into the points this week. As Ricciardo himself summarised, "something wasn't right this weekend."