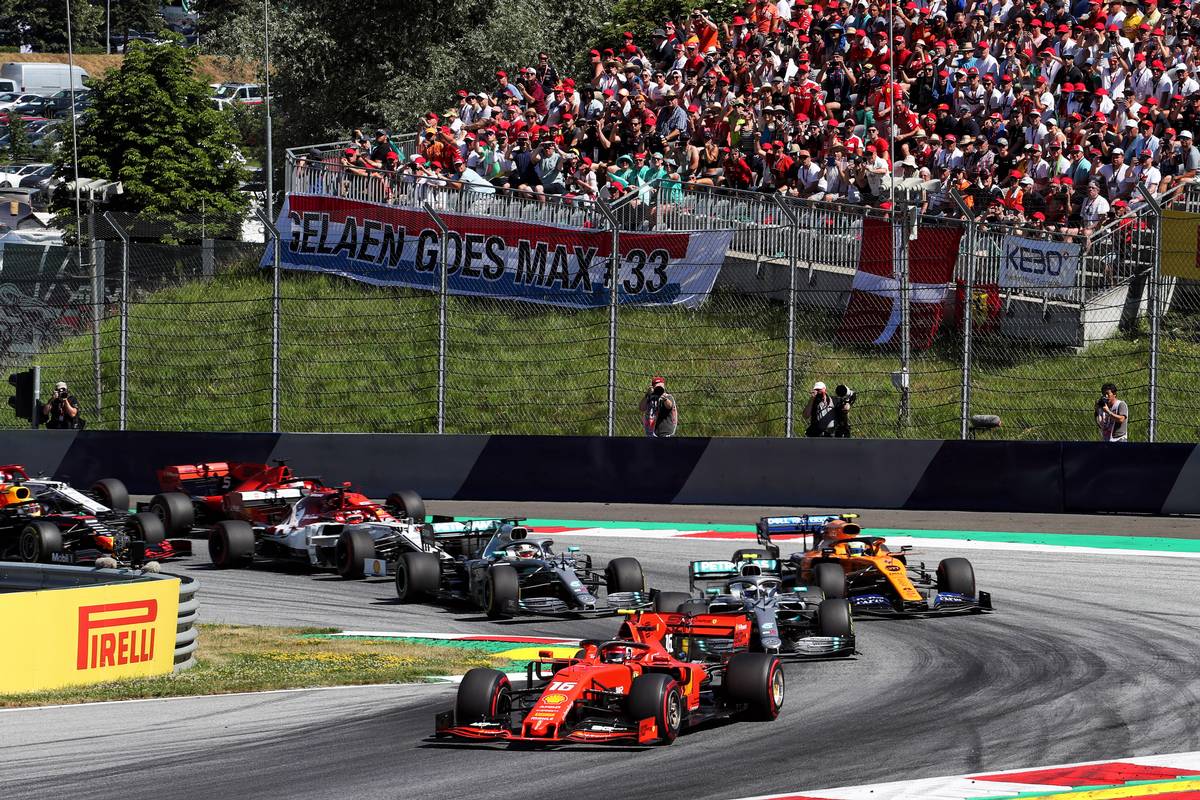 Charles Leclerc (Pole, P2, 18 pts): 9/10
That's twice now in 2019 that Charles Leclerc has looked on course to claim his maiden Formula 1 victory, only to have success cruelly snatched away from him near the end of the race. In Austria, the Monegasque seemed to have victory in the bag after topping FP2 and FP3 and then bagging pole by an emphatic margin. When it came to the race, he executed a perfect launch from the grid while his main opposition (Max Verstappen) had a nightmare start and plummeted down the order. With Valtteri Bottas not presenting much of a threat, and Sebastian Vettel and Lewis Hamilton both with their hands full with their own problems, it must have seemed to Charles that victory was all-but certain. And then Verstappen found an extraordinary amount of pace on fresher tyres to charge past everyone in the closing stages, finally muscling Leclerc himself to one side on lap 69. For what it's worth we think Max's move was hard but fair, making it a hard lesson for Leclerc to swallow about what he needs to be prepared to do to be a race winner in F1.