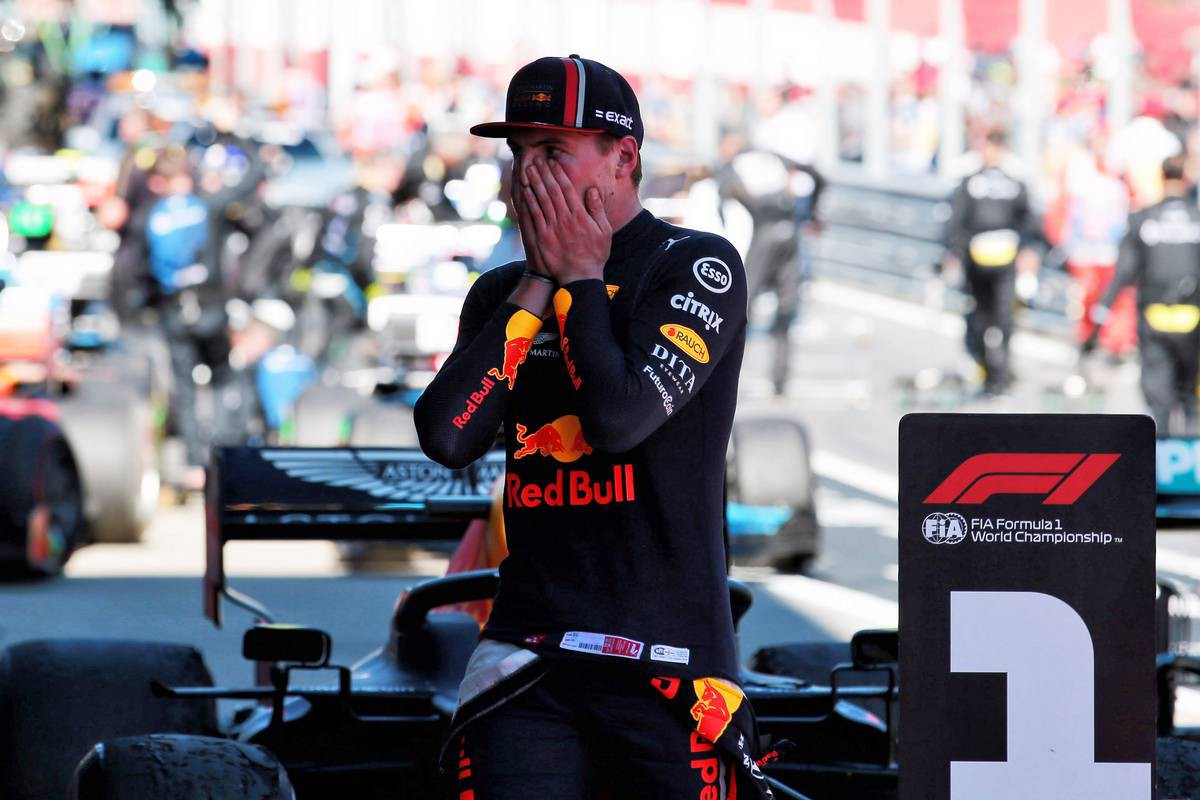 Max Verstappen (P1, Fastest lap, 26 pts): 9.5/10
What an extraordinary weekend for Max Verstappen. He had won in Spielberg 12 months previously, but few expected him to pull off a repeat performance in 2019 after Red Bull's switch to Honda over the winter. He had a solid start on Friday morning but then spun in FP2, damaging the rear of the RB15 and losing valuable track time as a result. But that was the only blot on his copybook during the weekend: he was right back up to speed in final practice and went on to be third fastest in qualifying. Promoted to the front row by Lewis Hamilton's penalty for blocking, Verstappen then suffered one of his worst starts in a Grand Prix, dropping five places and seemingly undoing all that good work. A lesser driver - or a younger, less mature Max - might have given up at this point and thrown all his toys out of the pram. But not the 2019 version of Max, who waited for fresh tyres in the second half of the race and then stormed through the field, dispatching the likes of Hamilton, Sebastian Vettel and Valtteri Bottas with ease before setting up Charles Leclerc for a brutal-but-fair pass on lap 69 that fortunately survived the stewards' scrutiny, since Verstappen thoroughly deserved the victory.