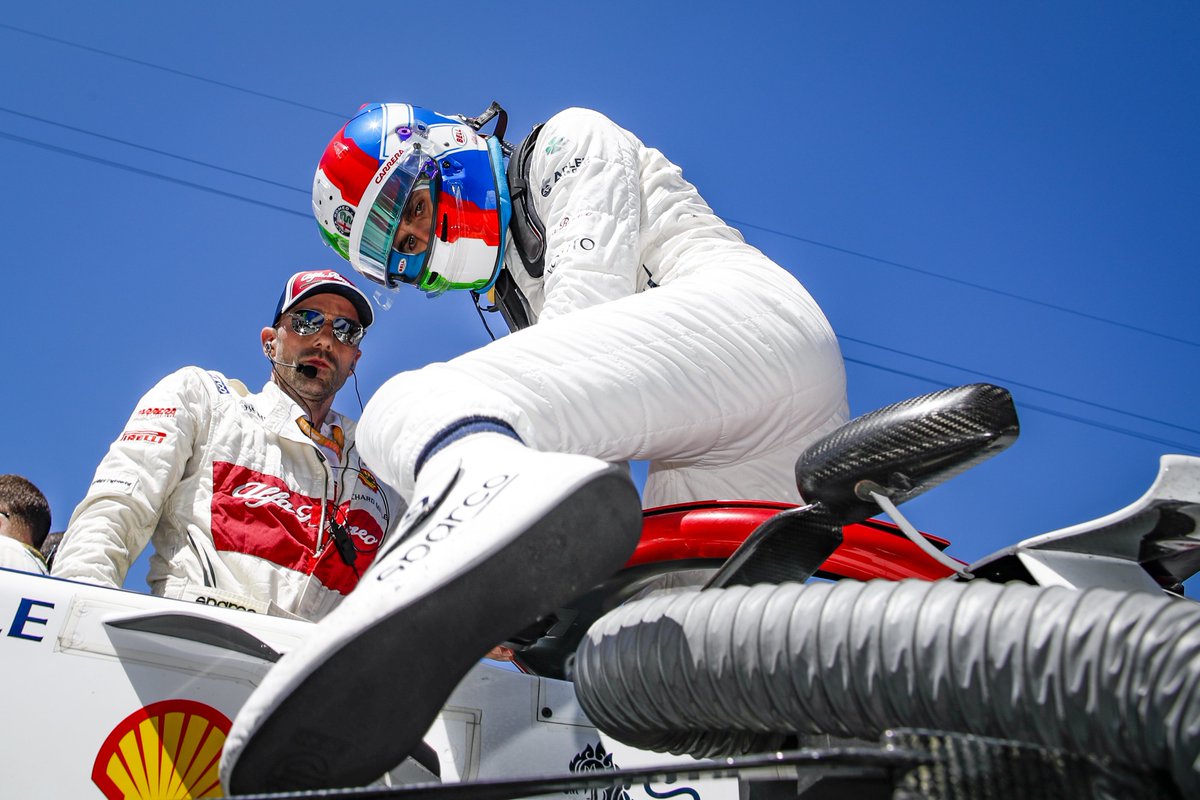 Antonio Giovinazzi (P10, 1 pt): 7.5/10
Hurrah! Antonio Giovinazzi finally clinched his first world championship point this weekend in Austria, and the Italian's joy was evident for all to see after the race. In part it was thanks to a definite revival in the fortunes of Alfa Romeo which had struggled so badly in Monaco and Canada, but credit where it's due - Giovinazzi kept pace with his more experienced team mate Kimi Raikkonen all weekend and succeeded in joining him in the final round of qualifying with his best Saturday afternoon performance to date. Unfortunately while the Finn gained two places at the start, Giovinazzi immediately dropped two to Sebastian Vettel and Pierre Gasly and had to settle for ninth during the first 23 laps of the afternoon run before he pitted. He then fought his way back to ninth before becoming the latest victim of a charging Carlos Sainz, but that still left Giovinazzi in tenth place and in possession of that prized point.