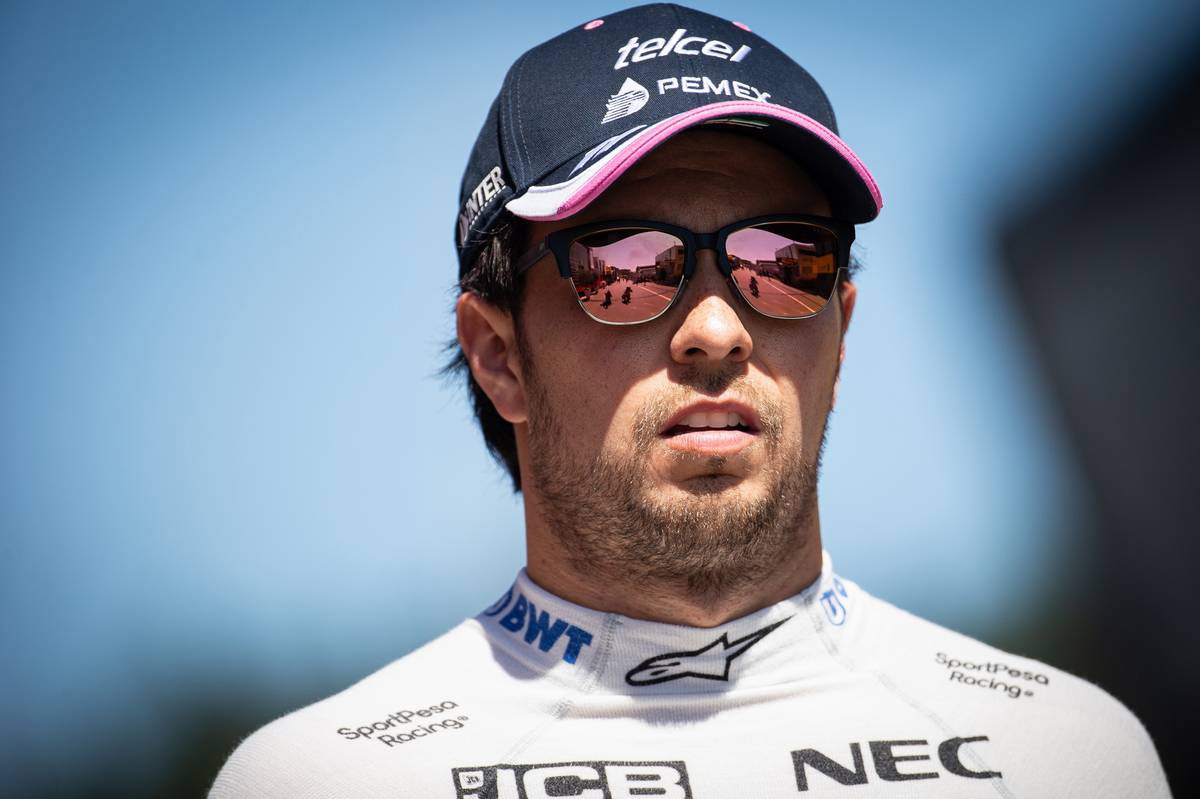 Sergio Perez (P11): 7/10
In a tough weekend for Racing Point, Sergio Perez's battling performance came within three seconds of delivering a championship point. In fact it was a weekend of 'nearlys' for the Mexican driver, who was faster than his team mate throughout practice but who then narrowly failed to make it out of the first round of qualifying after getting caught up in traffic. Even so he lined up in 13th place on the grid after other drivers incurred penalties, leaving him with a shot of cracking the top ten in the race. It started well with two places gained on the opening lap, and he picked up a third when he passed Kevin Magnussen on lap 3. Unfortunately he remained lodged between Antonio Giovinazzi ahead and Nico Hulkenberg behind for much of the afternoon, and the trio was later bumped en masse by Carlos Sainz charging through the field from the back row of the grid meaning that Perez ended up missing out on that elusive point.