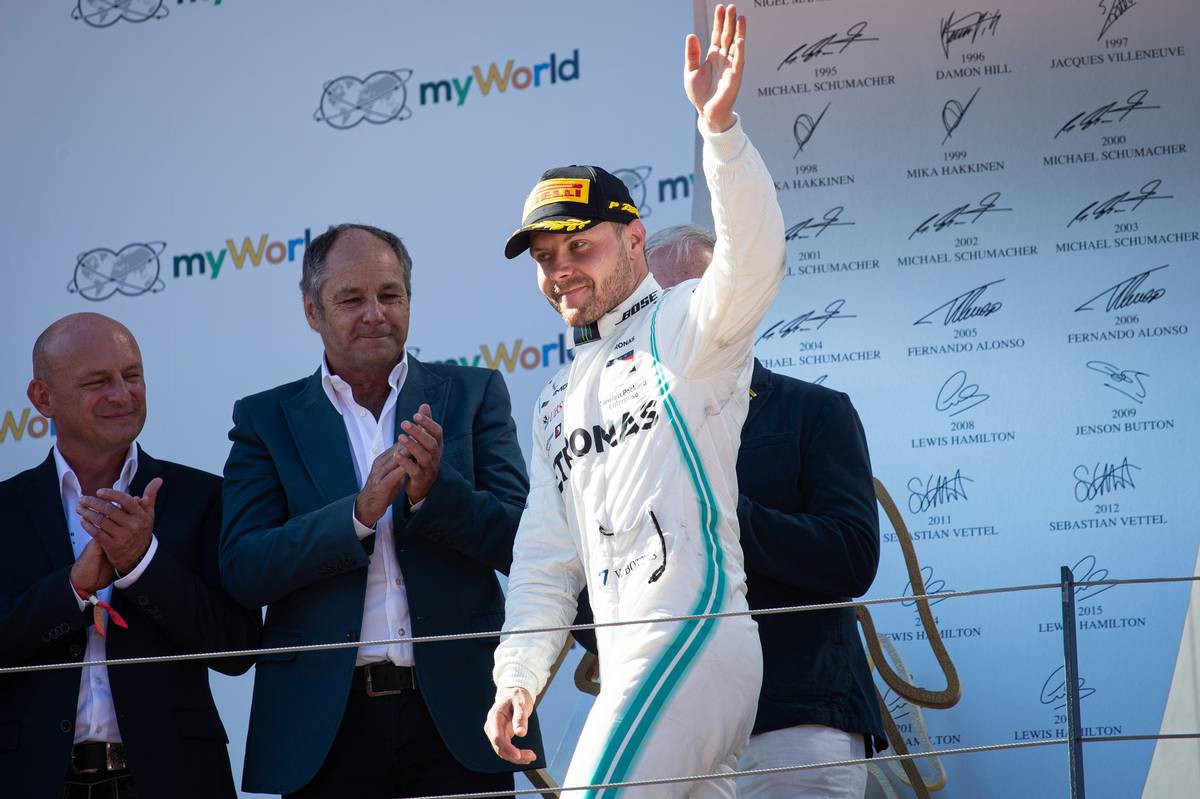 Valtteri Bottas (P3, 15 pts): 7/10
Valtteri Bottas was the invisible man in Spielberg, barely noticed as he went about his business and fuelled up with his customary espresso before sessions. The one impact he did make over the course of the weekend was on Friday afternoon when he flew off the track and into the barrier with a nasty hard hit that fortunately did no harm to the driver. The Silver Arrows as a whole struggled to match Ferrari throughout the weekend, and a communications mix-up with his pit wall compromised Bottas' final run in qualifying and left him starting from third place on the grid following Lewis Hamilton's penalty. Promoted a spot by Max Verstappen's poor start, Bottas could still do nothing about Charles Leclerc's lead and then found himself powerless against a charging Verstappen in the closing laps, leaving him to settle for third place at the line - right back where he'd started the race from.