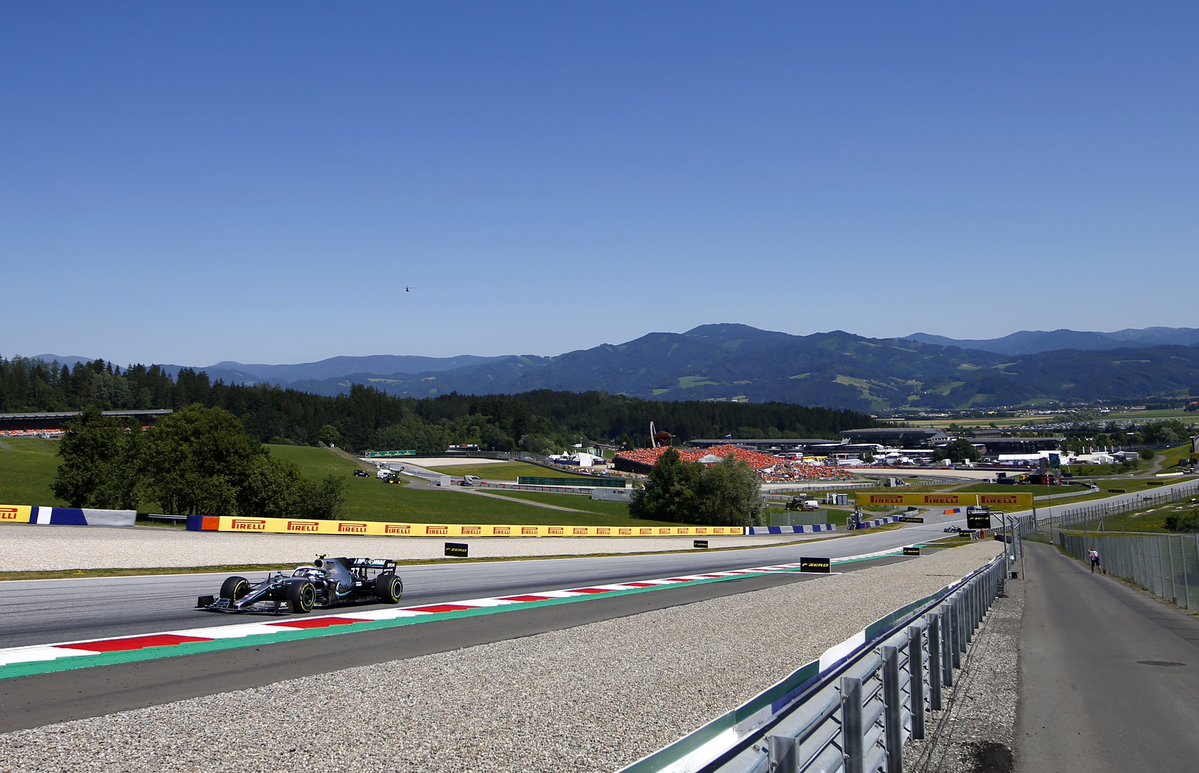 Lewis Hamilton (P5, 10 pts): 7.5/10
No one gets an inexhaustible supply of good luck forever. Lewis Hamilton has had a charmed run so far in the 2019 season, but it had to come to an end sooner or later and it turned out to be this weekend in Spielberg. While he was fastest in first practice on Friday, for the rest of the time he was struggling to match the pace of Ferrari's Charles Leclerc. He looked to have pulled off a last minute front row start for the race in qualifying, only to have it taken away by the stewards for a clumsy incident in Q1 that impeded Kimi Raikkonen. A less polished start than usual to the race saw him briefly drop a spot to Lando Norris, and then he pushed his aforementioned luck a bit too far and damaged his front wing on the kerbs, necessitating a costly delay in the pits for a replacement. In the closing laps he could do nothing about Sebastian Vettel passing him on fresher, faster tyres and so he trailed home in a very unfamiliar fifth place. A one-off blip - or a warning sign that the tide is turning?