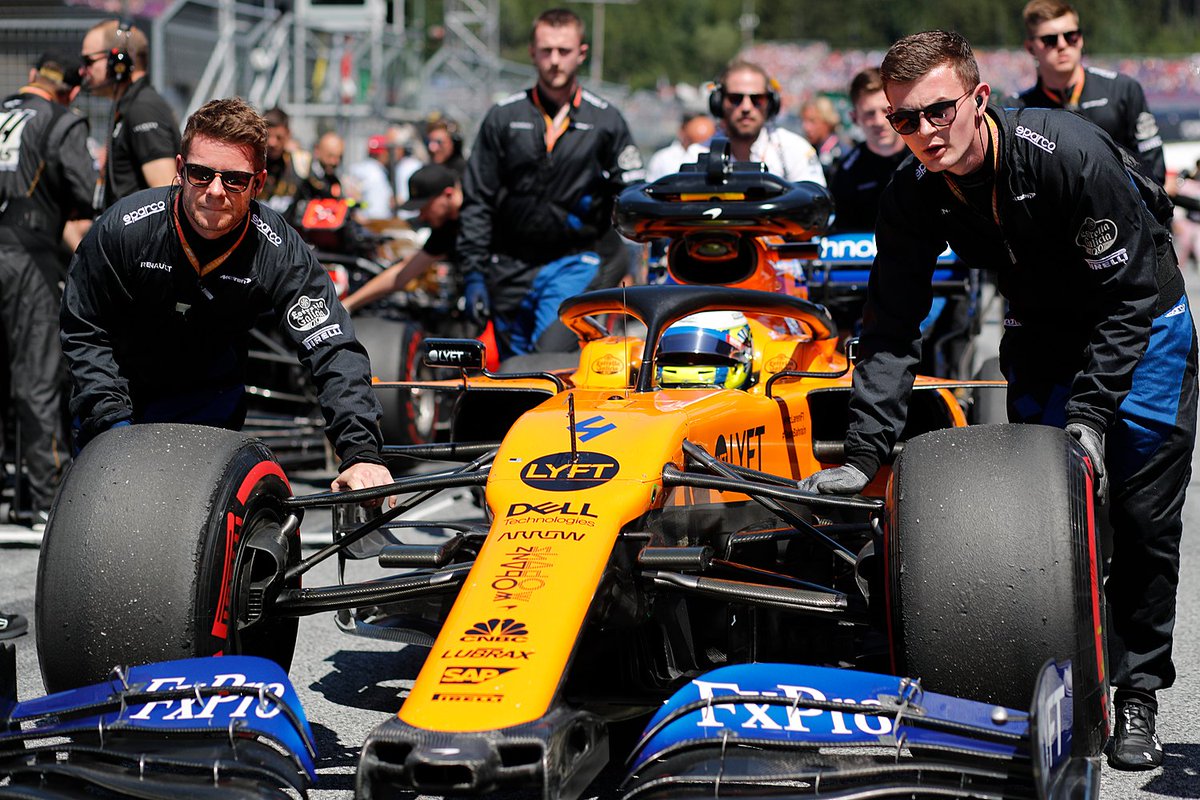 Lando Norris (P6, 8 pts): 9/10
It wasn't all that long ago that we were wondering whether McLaren would ever be a force in Formula 1 again. Now it's hard to remember that they've ever been away, following the second consecutive double points finish for the team in Austria with superb performances from both drivers. With Carlos Sainz set to start from the back of the grid, it fell to Lando Norris to fly the orange colours for the team and he did so flawlessly, a solid day on Friday feeding into a sixth place result in qualifying which was boosted a further position on the grid by Kevin Magnussen's penalty, putting him in a strong position for the race. He cheekily pulled off a successful pass on Lewis Hamilton at the start, but there was no way Norris could hold on to it anymore than he could resist the comeback drives of Sebastian Vettel and Max Verstappen. Getting overtaken by Kimi Raikkonen irked, however, and Norris plotted his revenge and eventually got his own back with a great pass on the Alfa Romeo on lap 14 after which he cruised home in sixth place to the delight of the McLaren pit wall.