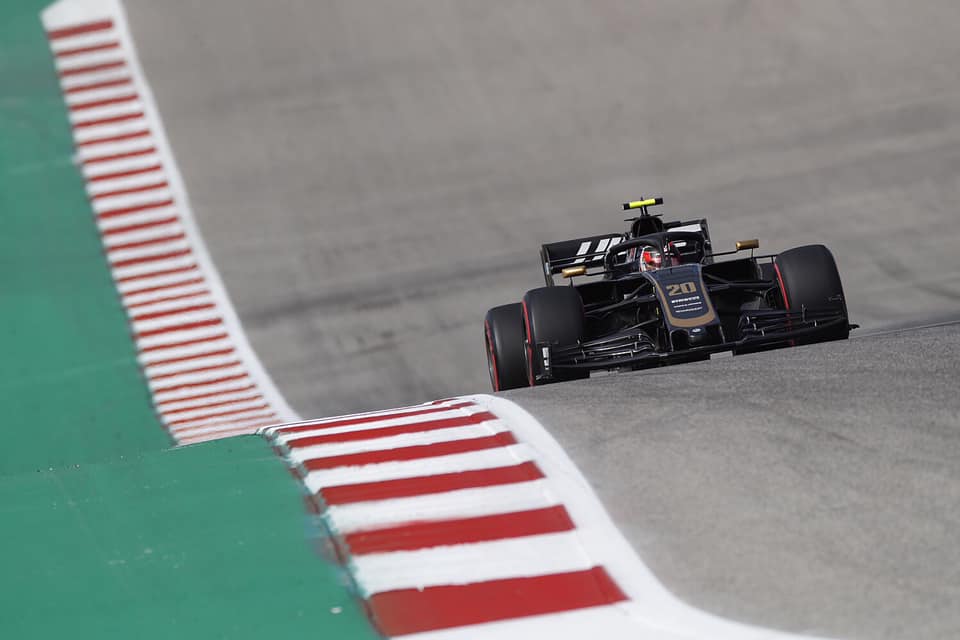 Kevin Magnussen (P18): 6.5/10
Haas don't seem to expect any sort of improvement in the remaining races of 2019 and simply want to get the whole sorry business out of the way with the minimum of fuss. You can hardly blame everyone's heads dropping in the circumstances. After a surprisingly strong showing in FP1, Kevin Magnussen then spent much of the weekend testing aerodynamic performances to help calibrate the Haas wind tunnel, leaving him sinking down the timesheets. He nonetheless still had the pace to beat his team mate in qualifying and start the race from 12th. He picked up two places on the first lap but then went into long term decline as the race wore on, with the VF-19 lacking both pace and grip. Then to add insult to injury the car also developed a brake issue that ultimately sent Magnussen flying into the gravel with four laps to go. The yellow flags for the beached car on the backstraight certainly had a material effect on the outcome of the race, but he would doubtless have been wanting to make his mark on the day in a far more positive fashion than circumstances ultimately allowed.