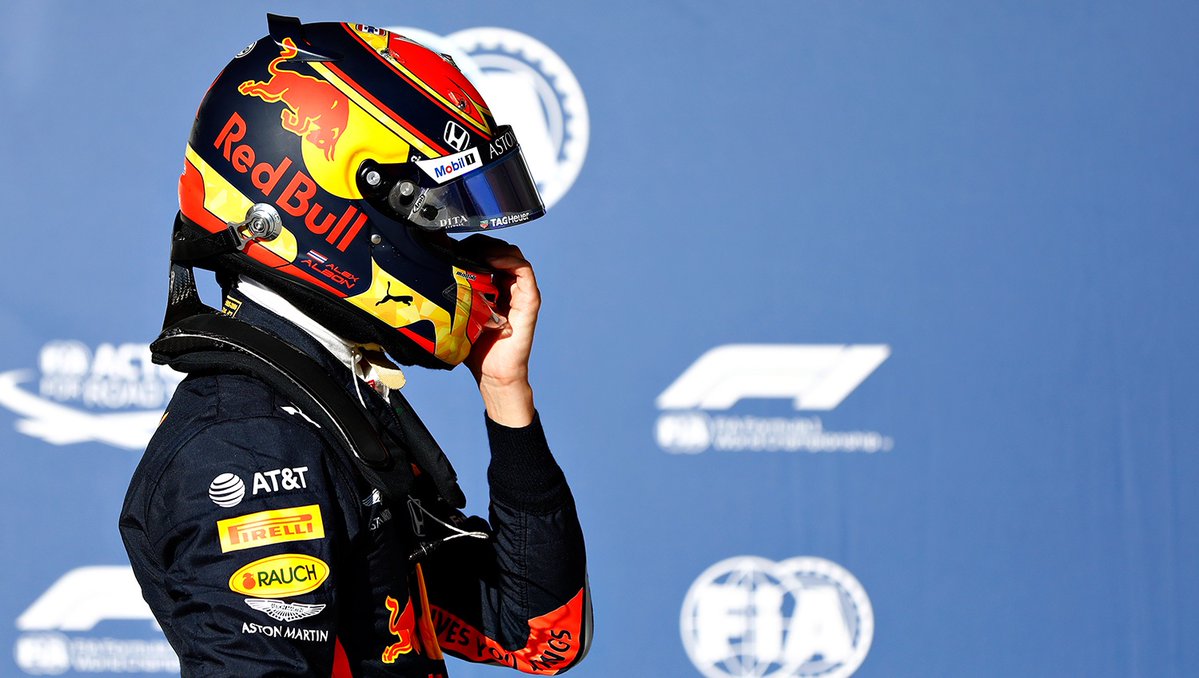 Alexander Albon (P5, 10 pts): 9/10
Despite being a newcomer to the challenging Circuit of the Americas, Red Bull rookie Alex Albon immediately looked like an experienced veteran of the place as he breezed his way to third place in opening practice. He stayed in the top six throughout the remaining sessions and into qualifying, although it has to be admitted that he was a long way off challenging the times of his team mate Max Verstappen. It looked set to be a strong race for the Thai driver, but then he was bumped wide at the exit of turn 1 and had to pit to repairs at the end of the first lap, dropping him to plum last. Without the aid of a safety car to close things up, it looked unlikely that he would even be able to get back into the points from there. But in one of the most impressive drives of the Grand Prix, Albon carved his way through the field and despite having been forced onto a three-stop strategy was soon dispatching the likes of Kimi Raikkonen, Pierre Gasly, Carlos Sainz, Lando Norris and Daniel Ricciardo with impressive ease. It was the sort of performance that Max himself would have been satisfied with, and entirely deserving of topping the official F1 Driver of the Day vote. Even Christian Horner was full of praise for his young driver. On the basis of Sunday, it wouldn't be a surprise if that humming sound you hear in the background is the Red Bull office printer producing the necessary paperwork to sign Albon up to the race seat for 2020.