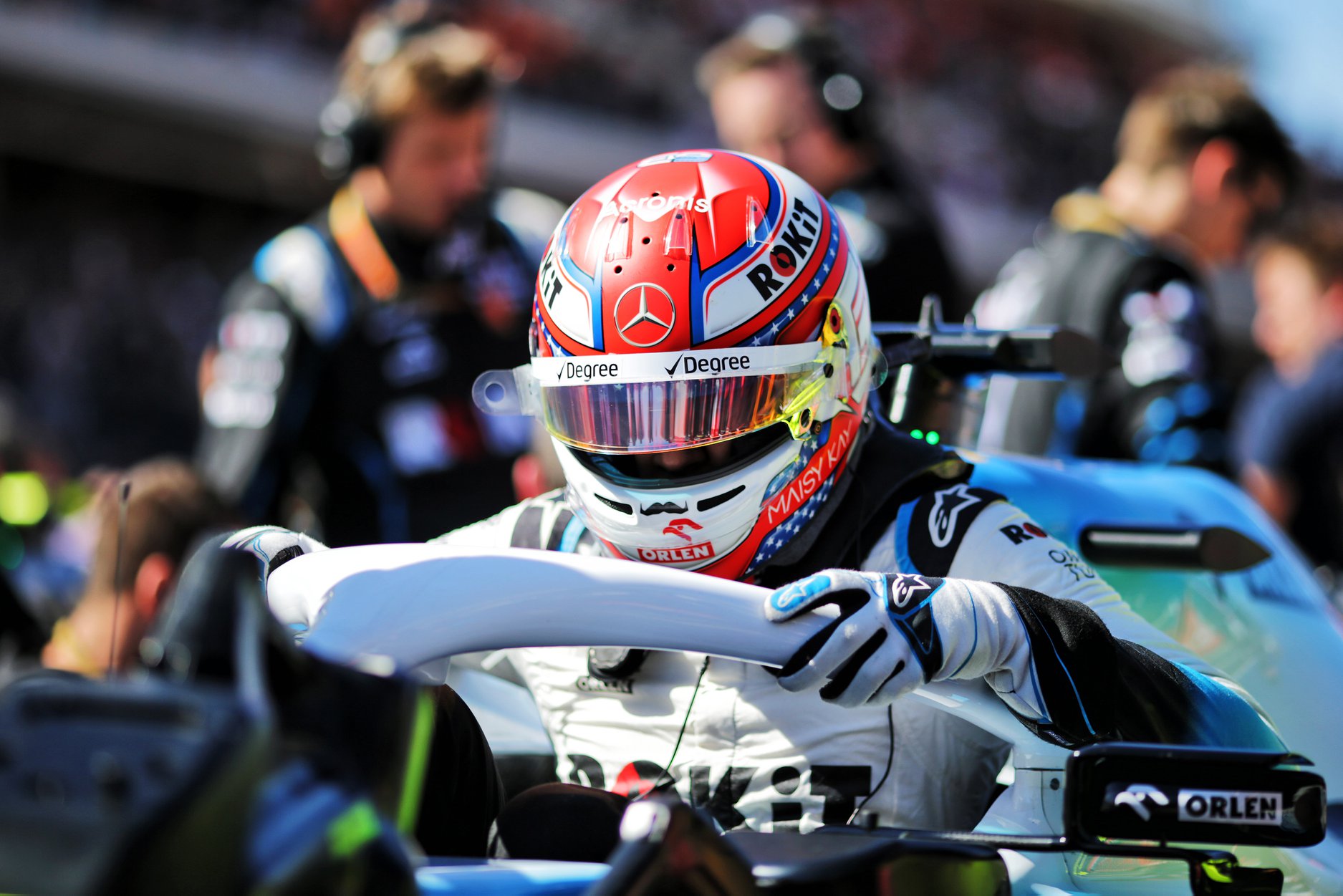 George Russell (P17): 6.5/10
It wasn't the best of weekends for George Russell, who despite doing little wrong still ended up on Sunday being the last man circulating on track by the finish. He'd sat out first practice so that Nicholas Latifi could get some time in the car before his widely-expected promotion to the race seat in 2020, and while Russell was faster than his Williams team mate Robert Kubica in FP2 there were worrying signs when he ended up almost a full second behind the Haas of Romain Grosjean. Qualifying went pretty much as expected, meaning Russell began the race from the back row (Sergio Perez' pit lane start notwithstanding) and a poor start saw him immediately drop behind Kubica. After making some forward progress he struggled with overheating tyres which then dropped off sharply, leaving him firmly stuck in 18th for the second half of the race. He grew frustrated by continually being shown blue flags to let the race leaders go by, which stopped him from getting into any kind of rhythm. Kevin Magnussen's late mishap promoted him to 17th by the finish, but this had been a disappointing weekend for Russell that's unlikely to feature in any highlights reels of his rookie season.