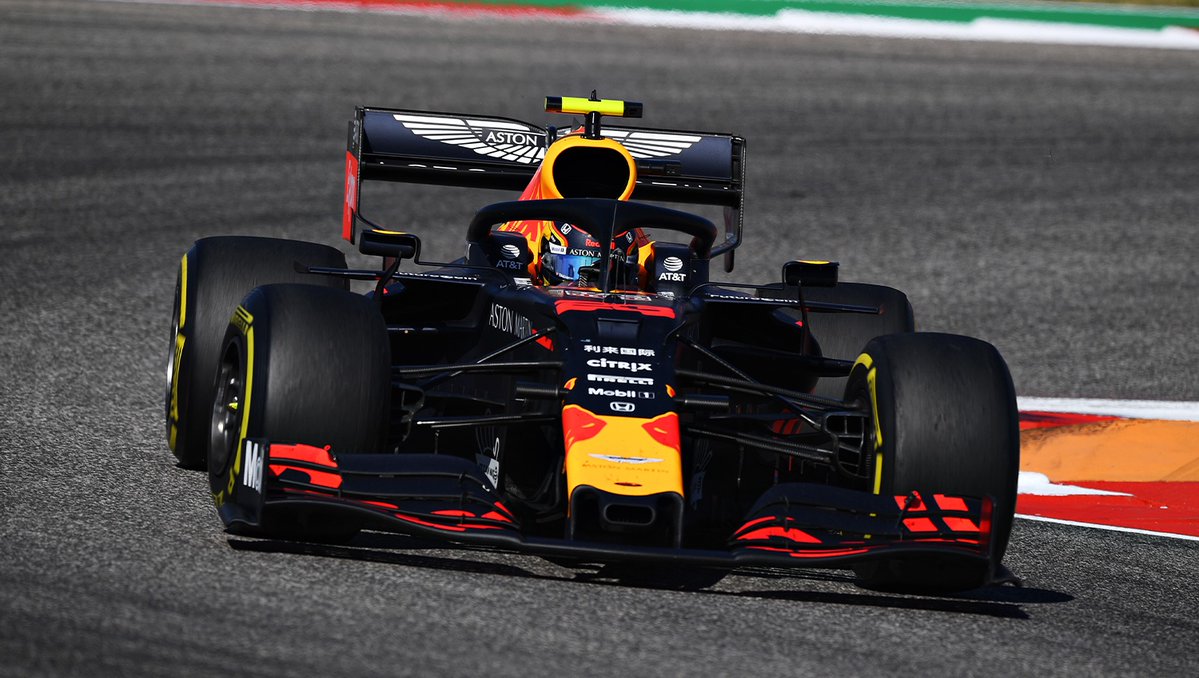 Max Verstappen (P3, 15 pts): 8.5/10
Max Verstappen's United States Grand Prix was decided by the narrowest of margins at crucial moments, and it's not hard to envisage an alternative narrative to the weekend in which the Red Bull might have come away with victory. Unfortunately, it wasn't to be. Initially Verstappen had topped FP1 and FP3 (and was still in the top three in FP2), so he was very much in the mix for pole position in qualifying but instead ended up in third, just 0.067s off Valtteri Bottas' track record time. At the start of the race, Sebastian Vettel's understeer problems practically handed Max second place on a plate, but he was unable to get the better of Bottas to take the outright lead, perhaps having already unknowingly sustained serious floor damage to the RB15 by then. Nor was there a way to gain the position using the undercut: both times he pitted, Mercedes instantly responded in kind by bringing Bottas in to cover off the move. Eventually the focus turned to beating the one-stopping Lewis Hamilton for second place, but even here Verstappen was unlucky when local waved yellows on the backstraight for Kevin Magnussen's beached Haas deprived him of a prime overtaking opportunity. He eventually ran out of laps and finished in third place where he had started, it even so it had been another spirited display from the Dutch driver.