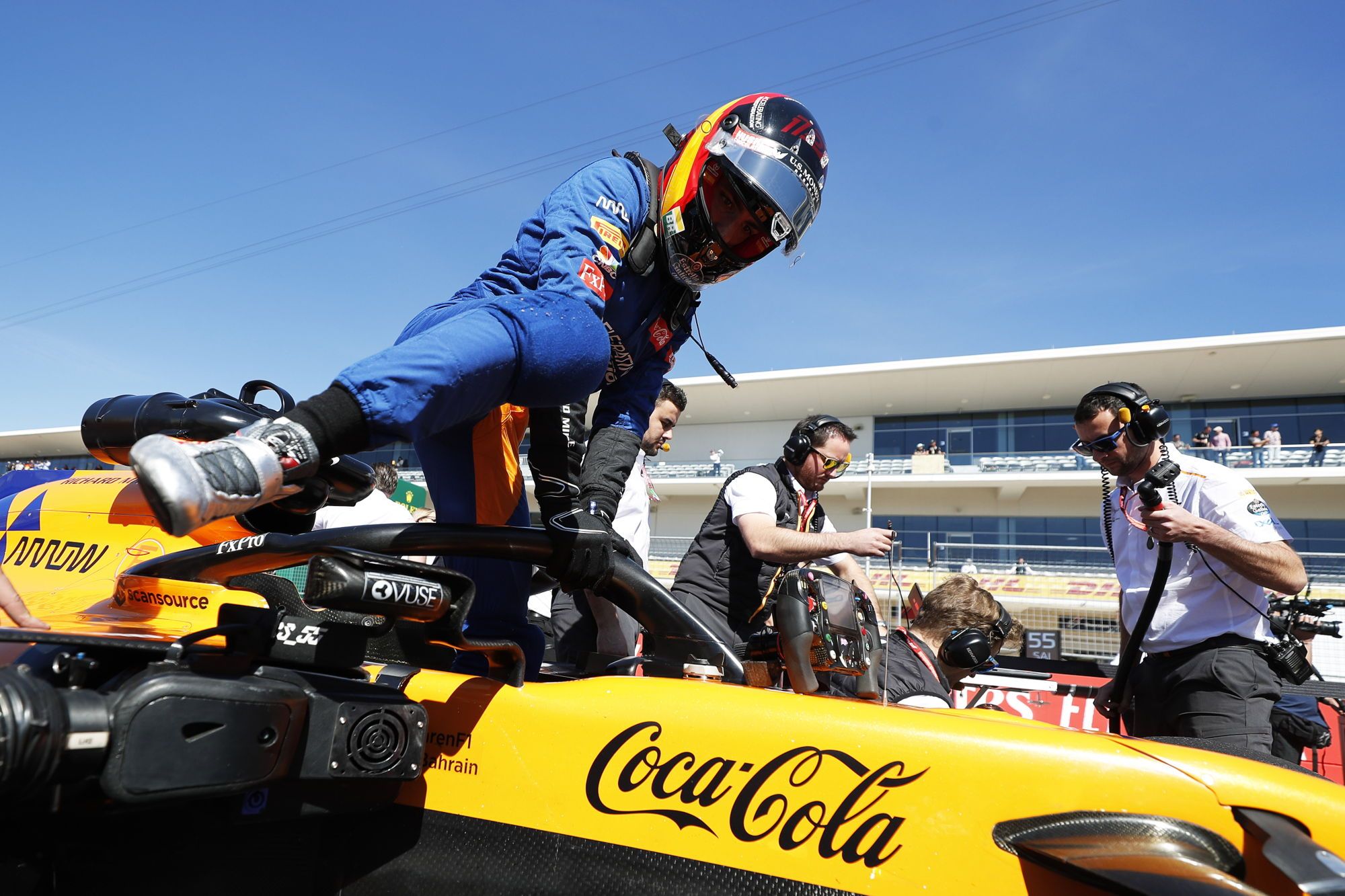 Carlos Sainz (P8, 4 pts): 8/10
After a disastrous time last week in Mexico, things were back to a much happier normal for McLaren in Austin. Comfortably faster than his team mate in Friday's practice session, Carlos Sainz was given a bit of a jolt when Lando Norris came alive on Saturday and even topped the opening round of qualifying in the afternoon. Sainz knuckled down and managed to see off the sudden challenge, narrowly coming out ahead of the rookie in Q3. Unfortunately when it came to the race itself he tangled with Alexander Albon at the start and immediately lost two places. After that initial setback, Sainz opted to pit on lap 18 to exchange his rapidly waning soft tyres for a set of hards to see him through to the finish without any more interruptions. Albon continued to be his nemesis for the remainder of the afternoon and Sainz was twice overtaken by the recovering Red Bull in the second half of the race. Norris on much fresher tyres then rubbed salt in the wound by getting the better of the Spaniard five laps from the finish, but even so Sainz appeared happy enough to finish in the points in the circumstances.