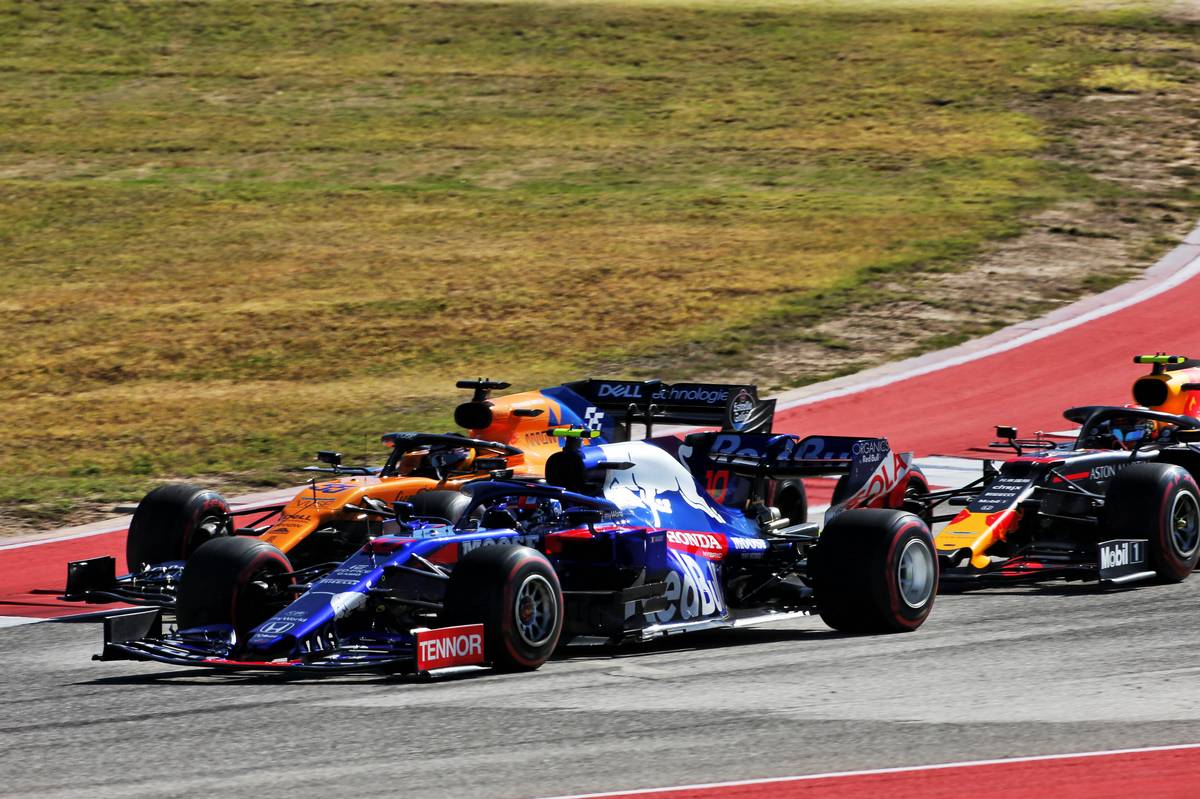 Pierre Gasly (P16): 8/10
Fourth place in opening practice for Pierre Gasly signalled that the Circuit of the Americas was likely to be a happy hunting ground for Toro Rosso, and so it proved to be - right up to the end of the race. Still comfortably in the top ten in the remaining sessions, it was no surprise to see Gasly duly make it through to the final round of qualifying on Saturday afternoon with tenth place on the grid for the start of the race. He picked up two places on the first lap and spent almost the entire afternoon running in the points, only briefly dropping out for two laps mid-race when he made his single pit stop of the day. But just when it looked as though he'd earned the team two championship points, disaster struck when he made contact in turn 13 with Racing Point's Sergio Perez with three laps to go. It left the STR14 limping back to pit lane with bent suspension, and although he was classified in 16th position he was actually retired and back in the garage by the time the chequered flag came out, a most disappointing end to a promising day.