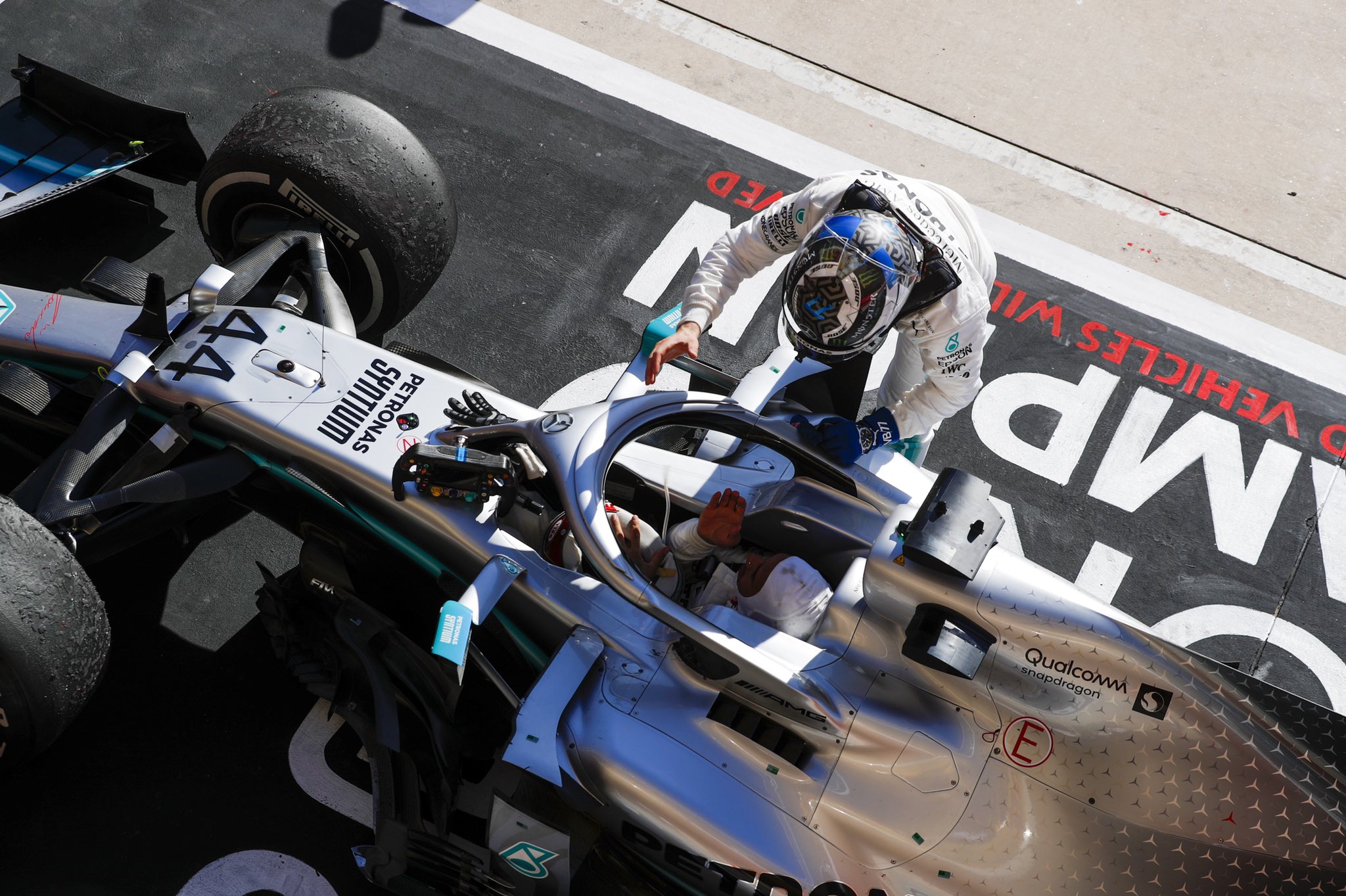 Valtteri Bottas (Pole, P1, 25 pts): 9.5/10
Things were nice and simple for Valtteri Bottas coming into the United States Grand Prix: he had to win the race, or his dwindling championship hopes were formally over. It didn't look like he had the necessary pace to achieve that on Friday when he was someway behind Lewis Hamilton in the timesheets, but he edged his Mercedes team mate in final practice and then pulled something truly special out of the bag in qualifying to grab a somewhat unexpected and certainly crucial pole position by just 12 thousandths of a second from Ferrari's Sebastian Vettel. With Hamilton only fifth fastest it briefly looked as though the title battle might not be over after all. Bottas certainly did everything he could on Sunday, executing a two-stop strategy to perfection to claim victory by more than four seconds. But even though he'd played his part, it still wasn't enough: Hamilton's battling one-stop run to second meant that the championship was done and dusted, leaving the race winner with a bitter sweet taste in his mouth. But as Bottas said, this revival in form sets him up nicely for 2020 if he can just sustain the momentum through the final races of the season and over the winter off-season. If it all results in Bottas 3.0 lining up in Melbourne next March, then maybe the third time will indeed prove to be the charm.