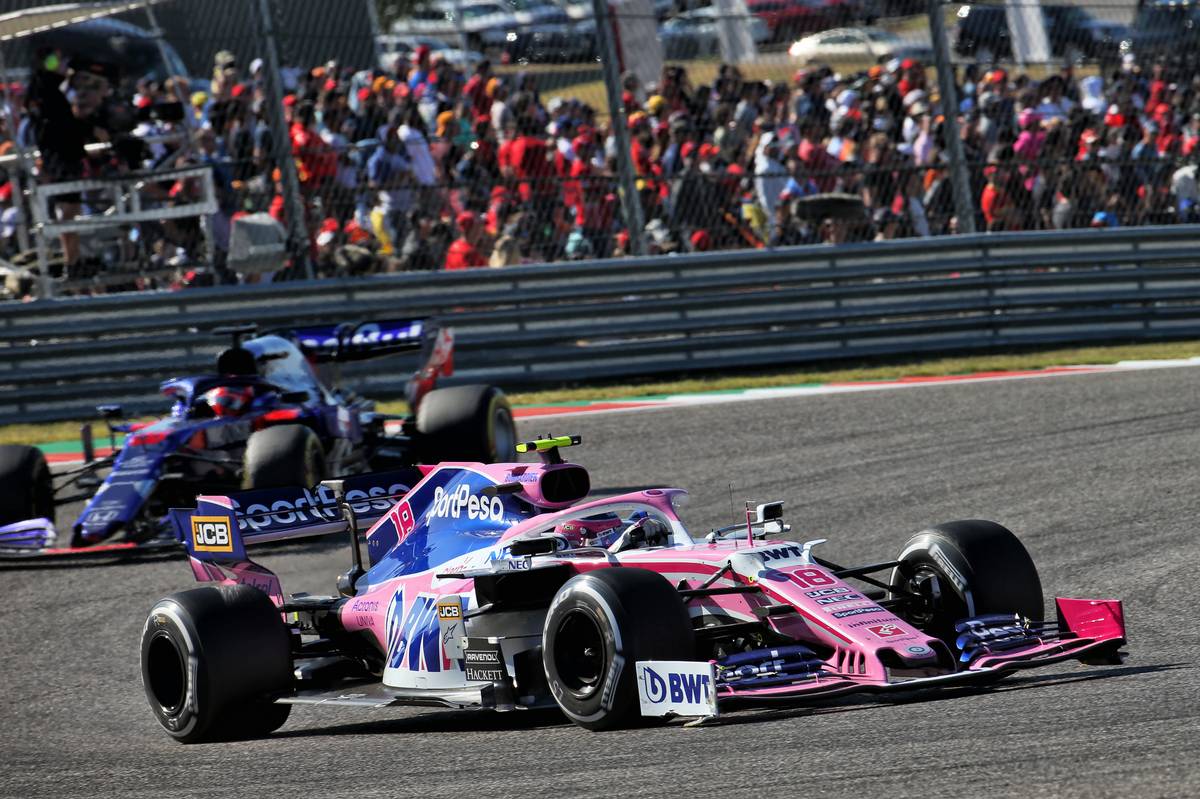 Lance Stroll (P13): 7/10
Ninth fastest in Friday's practice session, Lance Stroll successfully made his way out of Q1 in Saturday afternoon's qualifying session and started the race from 14th place. Unfortunately when the lights went out the Racing Point got squeezed in the first corner and sustained damage, before Stroll was then caught out by one of COTA's now-notorious bumps which resulted in a big snap of oversteer that cost him multiple positions. The team reacted by switching him to a two-stop strategy with an early change from medium to hard tyres on lap 9. It allowed him to make some decent progress during the middle part of the afternoon, before falling back to 16th following his second stop. A final switch to the soft compound didn't really provide the boost he was looking for, and at no time all afternoon did he make it into a points-paying position. "I've had better days," he sighed afterwards, adding: "Sometimes you have days like these and we just have to come back fighting."