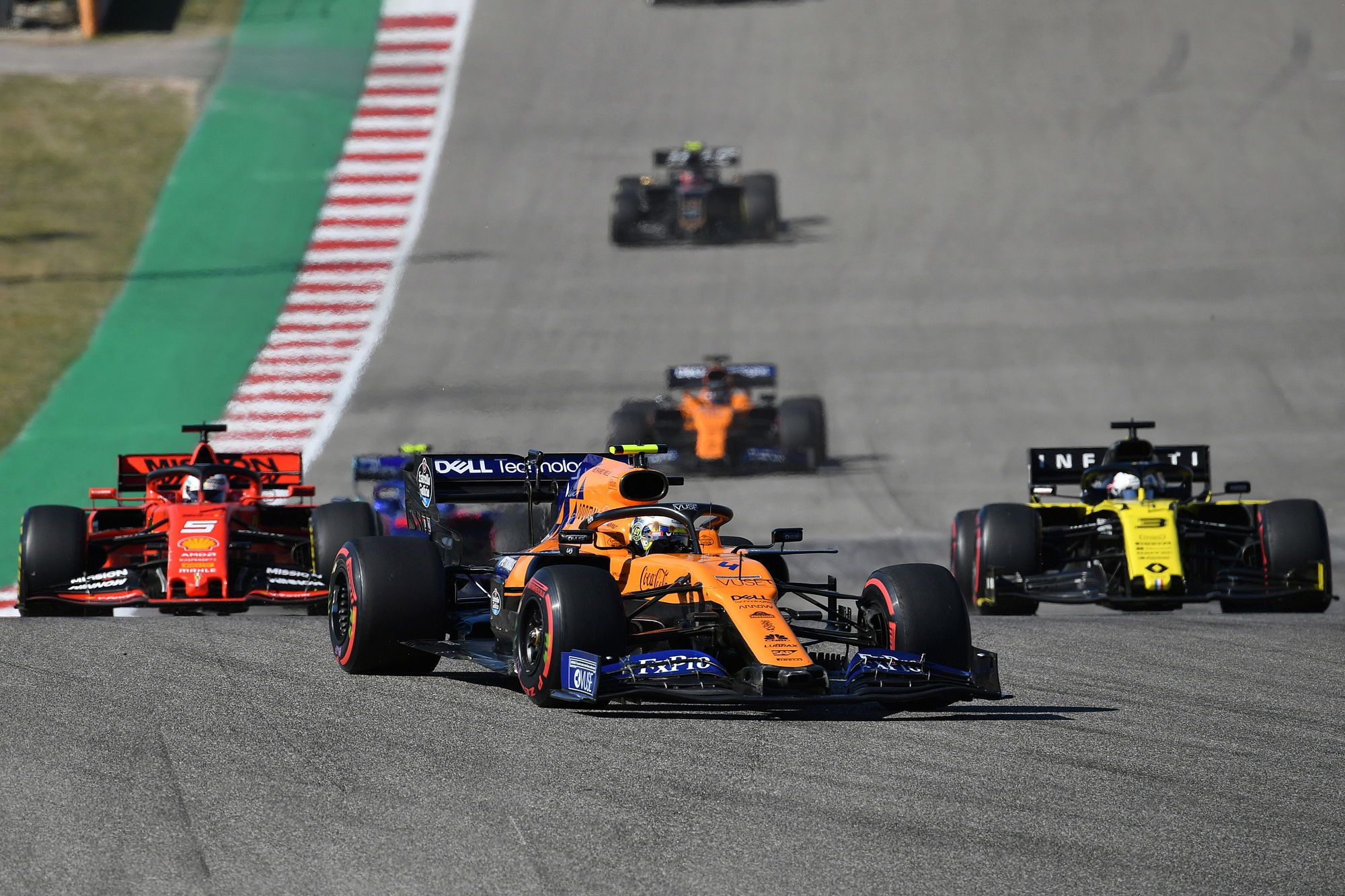 Lando Norris (P7, 6 pts): 8/10
Every so often we have to stop and remind ourselves that Lando Norris is still in his rookie season and that it's first time racing on many of the tracks on the calendar. That lack of circuit knowledge showed on Friday when he was someway off the pace of his more experienced McLaren team mate Carlos Sainz. But clearly something clicked, and on Saturday morning Norris was third fastest in final practice and then went on to set the fastest time in the opening round of qualifying. (Okay, there were circumstances involved, but nonetheless it was an impressive achievement for Norris in his final Grand Prix as a teenager.) Starting from eighth on the grid, he had a terrific first lap and immediately gained three places while Sainz was busy scrapping with Alexander Albon. The initial set of soft tyres were not to his liking, and a switch to the hard compound for the middle stint saw Norris locked in an extended battle for position with Daniel Ricciardo. A second stop on lap 42 left him with too much ground to make up to beat the Renault, but the fresher tyres did give him the satisfaction of closing out the afternoon with a number of fine overtaking moves - including passing Sainz with five laps to go.