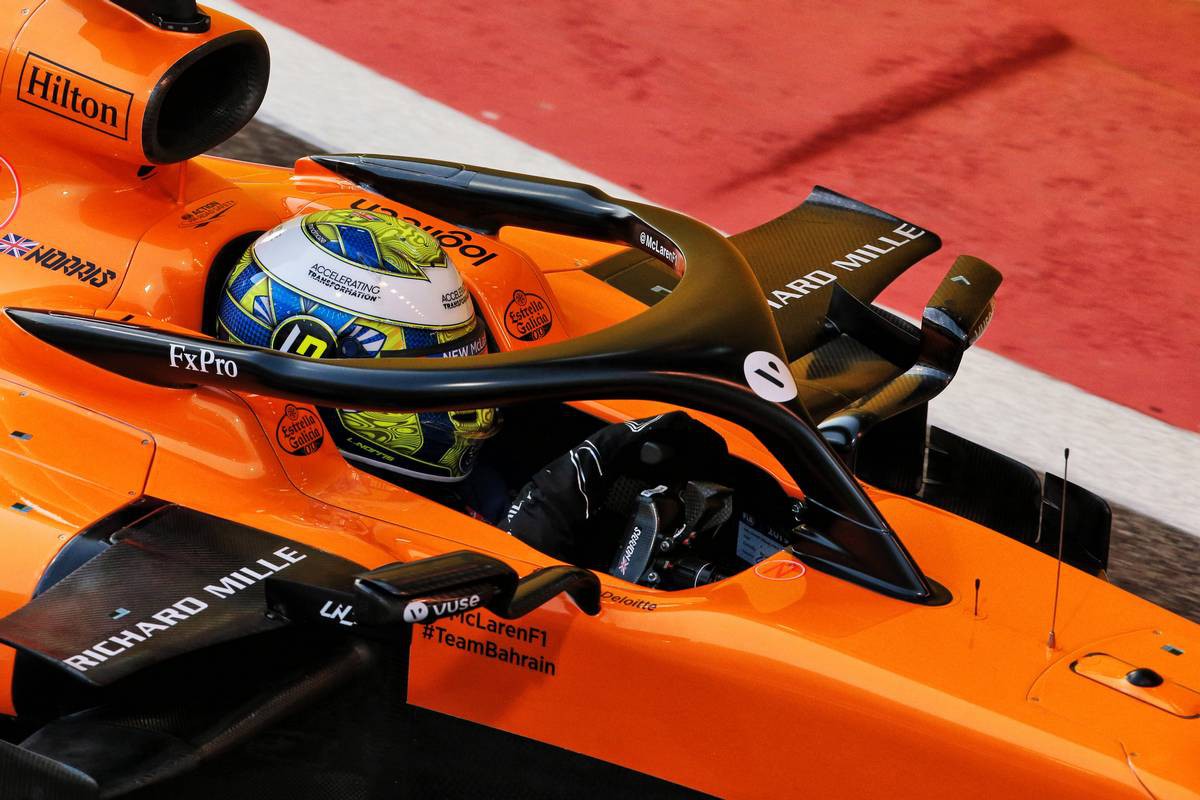 Lando Norris (P8, 4 pts): 8.5/10
We've been waiting for the penny to drop for Lando Norris, and the realisation to dawn on him that he's not just a super lucky kid on gap year work experience at McLaren but an increasingly skilled and successful Formula 1 star in his own rate. It hasn't quite happened yet and as a result he (along with Alexander Albon) is proving one of the most refreshing and delightful personalities on the current grid. He's still prone to being far too self-critical when things don't quite go right, but that doesn't seem to hold him back. He signed off the 2019 season by out-qualifying his team mate for the 11th time in 21 races, no mean feat against a driver of Carlos Sainz' talent and experience. He also had the better Sunday evening than Sainz, holding on to sixth place in the opening laps before a lock-up forced him to make a very early pit stop that dropped him all the way down to 16th. On the upside this allowed him to pick up places on almost every lap thanks to the cars ahead making their own stops, and he ended up back in seventh place with 14 laps remaining. Unfortunately his now geriatric and increasingly worn tyres were begging for mercy at this point; unlike Sainz he wasn't allowed to make a second stop and was instead tasked to bring the car home with what he had. It was a mighty effort, and if he couldn't quite hold off Sergio Perez to the finish it was still one of the Briton's best drives of his rookie season. And anyone whose heart didn't melt listening to his post-race radio exchange with departing performance engineer Andrew Jarvis simply isn't human.