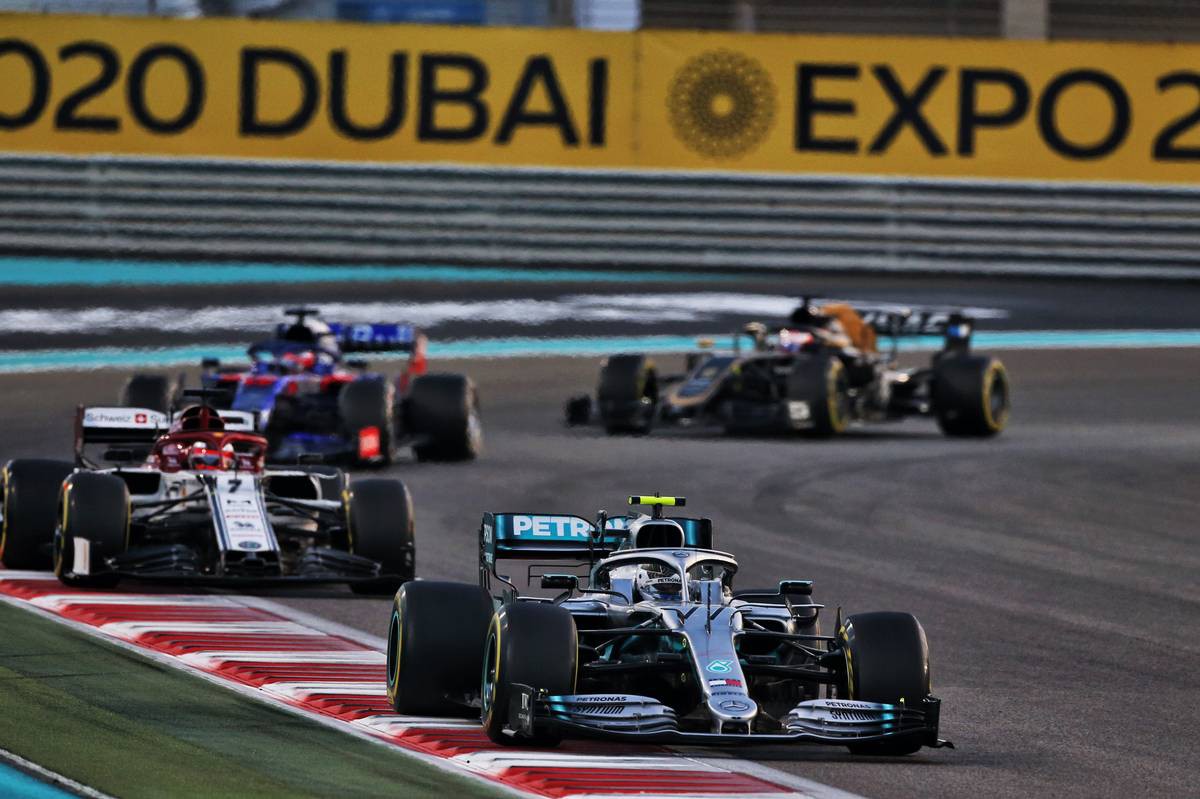 Valtteri Bottas (P4, 12 pts): 9/10
If not for his engine penalty, could Valtteri Bottas have been a contender for victory on Sunday? He was certainly fast enough on Friday despite still feeling desperately poorly from an illness earlier in the week, topping both sessions and going a whopping six tenths quicker than his team mate in FP1. However Lewis Hamilton managed to narrowly pip the Finn in FP3, and that proved to be an accurate prediction for qualifying later in the day in which Bottas was back to playing second fiddle. Despite being second quickest in Q3, Bottas was ended up consigned to the back of the grid for the start of Sunday's race which left him with the challenge of muscling his way back through the field with a podium in mind. He might even have got away with it if it wasn't for that meddling DRS, which initially malfunctioned and left Bottas struggling to get by slower cars on the tricky Yas Marina circuit. That said, he made up five places on the first lap alone and continued to climb over the first 29 laps until he pitted from fourth to exchange his medium tyres for a set of the hard stuff to see him through to the finish. A late second pit stop for Sebastian Vettel and a nice pass on Alexander Albon promoted him back up to fourth, but Charles Leclerc remained tantalisingly out of reach meaning that Bottas missed out on that coveted podium by less than a second at the line.