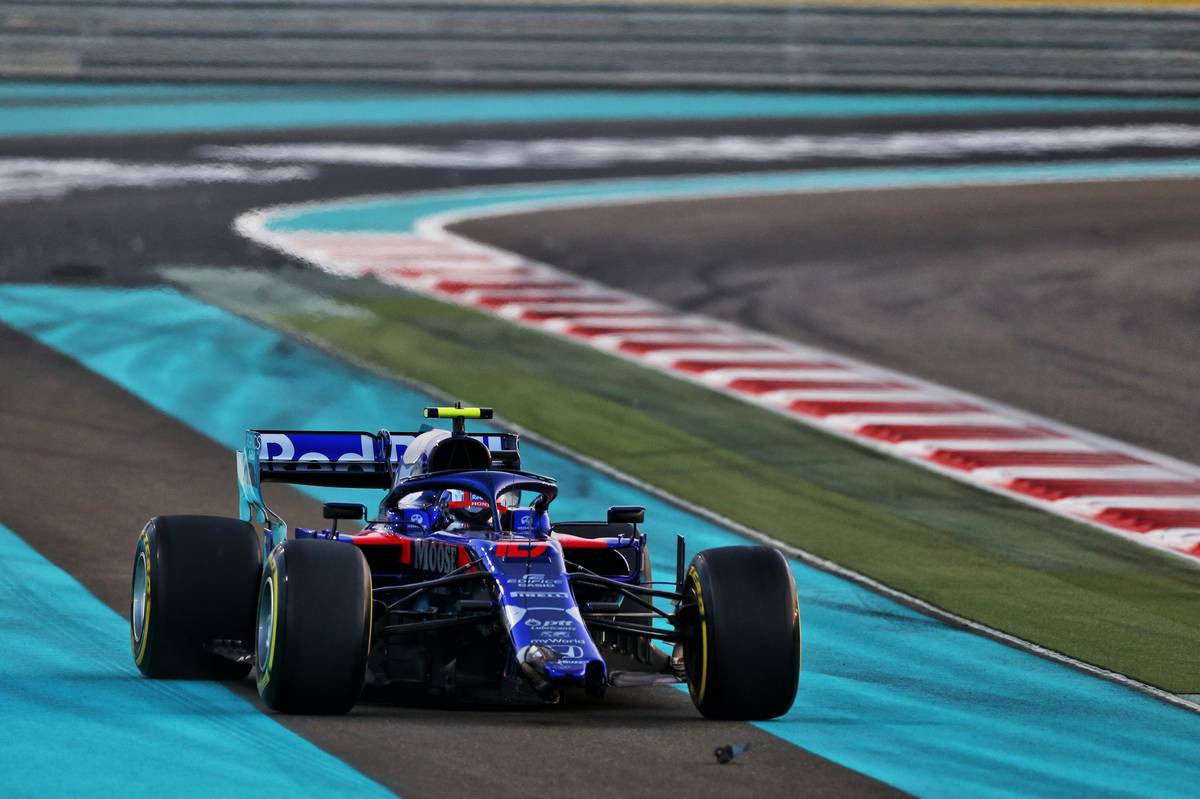 Pierre Gasly (P18): 6.5/10
Following on from his podium in Brazil, it was a slow start in Abu Dhabi on Friday morning for Pierre Gasly. After that he was on more solid ground, consistently tenth in the remaining two practice sessions and looking a reasonable bet to make it through to the final top ten pole shoot-out round in qualifying. Unfortunately he just missed out on that and ended up with a free choice of tyres as he lined up in 11th place on the grid right between the two Racing Point cars. This proved to be his Achilles heel come Sunday when he found himself squeezed between the two pink panthers: hit from behind by Lance Stroll, he was rammed into the back of Sergio Perez which left him limping back to pit lane for a new front wing. The disaster was compounded by a slow service which left him running a lap down from which there could be no recovery without a safety car that never came. Unfortunately for the Frenchman that meant he was powerless to prevent Carlos Sainz pipping him to sixth place in the drivers championship by a single point courtesy of the Spaniard's last lap pass on Nico Hulkenberg. "It's a shame to end the last race of the season like this," sighed Gasly afterwards.