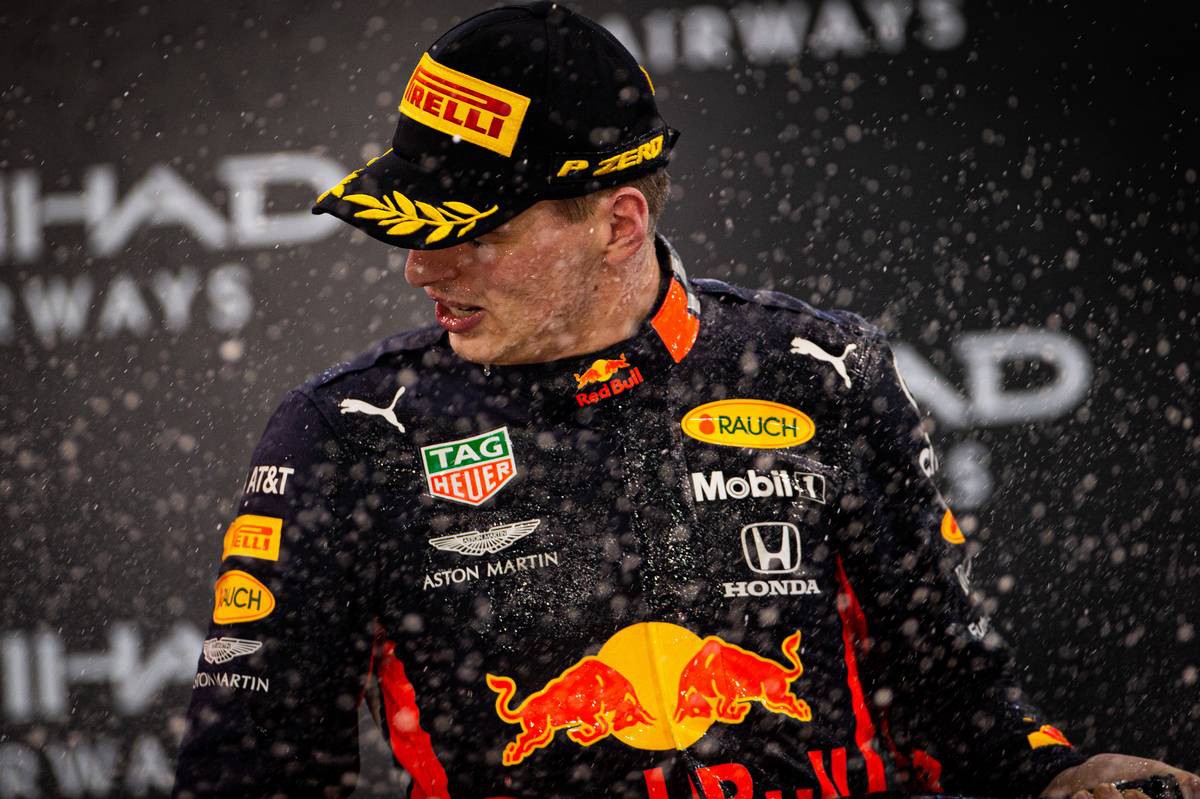 Max Verstappen (P2, 18 pts): 9.5/10
In recent races we've become accustomed to hearing an agitated and worried Lewis Hamilton over the team radio during a race, but in Abu Dhabi it was Max Verstappen's turn to get more than a little audibly anxious. Having lost second place to Charles Leclerc at the start, Verstappen's bigger problem was a throttle issue that emerged after the Red Bull made its single stop of the Grand Prix on lap 25. It left the Dutch driver increasingly frustrated as the team proved unable to find a workaround for him. But that's what ultimately made Verstappen so impressive on Sunday, because he found a way to deal with it all by himself in the cockpit. Even as he was barraging his race engineer with plaintive pleas for assistance, Verstappen was simultaneously diving past Leclerc to successfully recover second position on track, and then robustly fending off the Ferrari's spirited attempt at a counterattack a few moments later. The engine issue undoubtedly contributed to the size of the 17 second deficit between Verstappen and the race winner at the end of the race but realistically the issue was unlikely to have made any practical difference to the race result itself, such was Mercedes' dominance on Sunday.