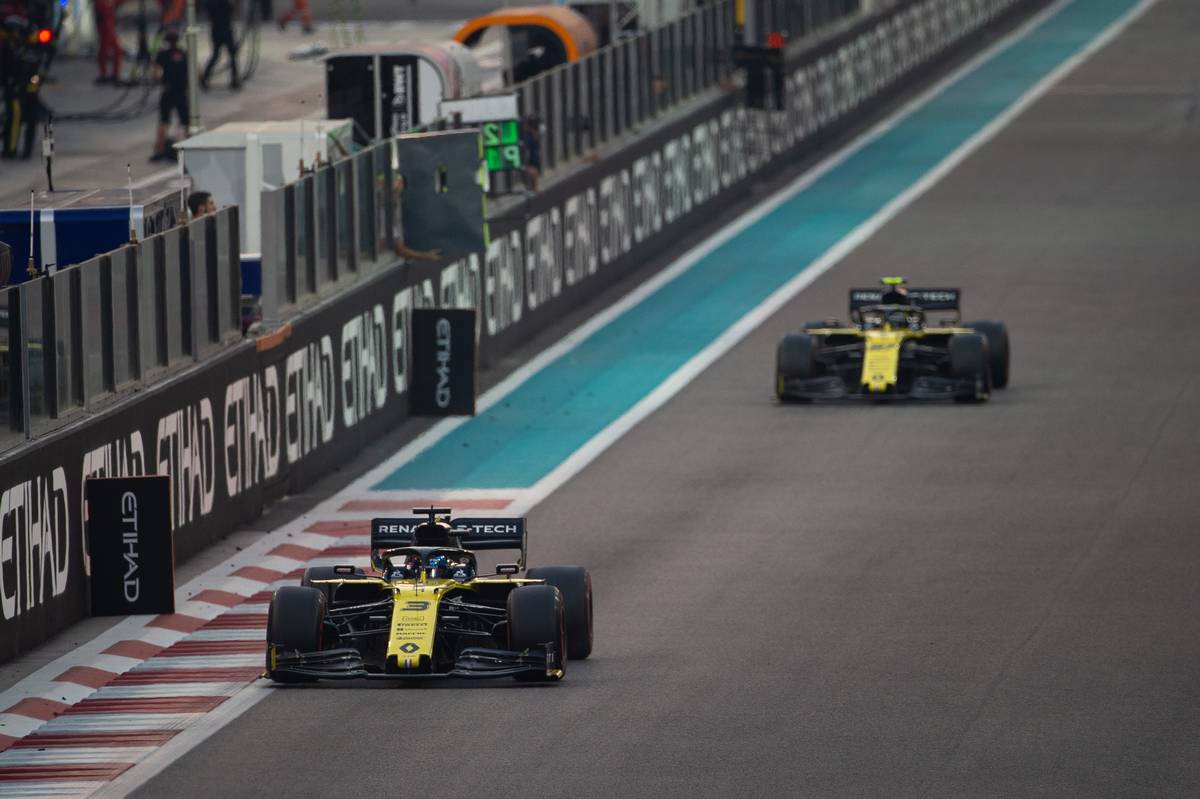 Daniel Ricciardo (P11): 8/10
A frustrating start to the weekend saw Daniel Ricciardo suffer an engine failure in FP1. While the Renault mechanics managed to get the R.S.19 back in working order in time for the Friday afternoon session, it had clearly put the Australian on the back foot and it wasn't until Saturday that he finally established a clear advantage over his team mate. Ricciardo duly qualified one place ahead of Nico Hulkenberg, with the drivers acquitting themselves well and both making it through to the final round for the first time since Sochi. Given that build up, Ricciardo would have been reasonably confident of picking up points on Sunday but in fact it wasn't to be. He lost out to Carlos Sainz at the start, and an early first stop on lap 11 to swap out his soft tyres for a set of hards caused a precipitous drop to 15th place from which he never truly recovered for the rest of the evening. A second stop allowed him to revert to the soft compound for the final dozen laps and he was finally able to make up some lost ground including a late pass on Hulkenberg, but he ran out of time before he could try carrying out a last lap strike on Sainz for the final points position.