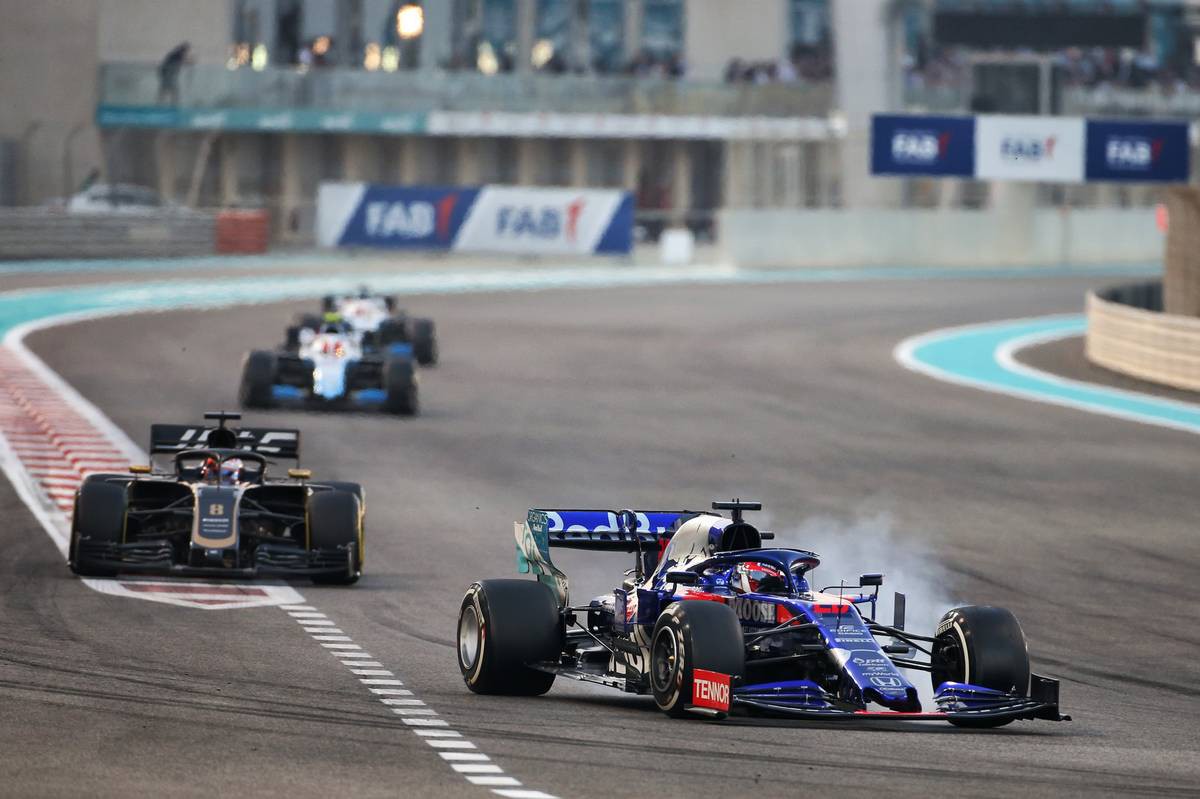 Daniil Kvyat (P9, 2 pts): 7.5/10
After watching his Toro Rosso team mate on the podium last time out in Brazil, Daniil Kvyat was understandably keen to come out on top this time around in Abu Dhabi. He was indeed quicker than Pierre Gasly in both sessions on Friday, but the situation flipped in final practice and he was also narrowly pipped by the Frenchman in qualifying which saw both drivers successfully making it into Q2 before being eliminated, despite complaining of a lack of grip on the STR14 along the way. Kvyat made the uncommon decision to start the race on the hard compound tyre which meant he lost three places at the start to those on mediums around him, but the strategy came good with a mighty 41 lap opening stint that saw him diligently work his way up to seventh. Although he dropped back after his pit stop, the new set of fresh medium tyres worked a treat and allowed him to pass Nico Hulkenberg in the final laps of the race on his way to finishing in tenth, which helped Toro Rosso secure sixth place in the constructors championship. A good day's work for Kvyat, especially given the lack of retirements in the race, and in stark contrast to Gasly's nightmare end to a roller coaster year after a costly first lap clash with the Racing Point cars.