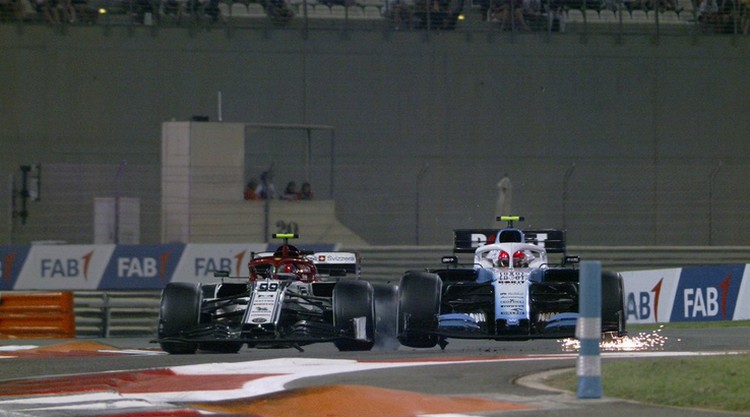 Robert Kubica (P19): 6/10
And so Robert Kubica's heartbreakingly disappointing year-long return to full time Formula 1 drew to a close with another tough day at the office for the Pole. While he wasn't last for once in first practice, that was more down to his team mate George Russell being under the weather and Daniel Ricciardo suffering an early technical failure. After that it was back to the back for the remaining sessions and sure enough he also had his usual back row view for the start of Sunday's race. However he actually had a good first stint in the race, the misfortunes of others ahead of him meaning he rose up to 15th place. Contact with his team mate at the start meant that he initially ran consistently ahead of Russell all the way up to his pit stop on lap 24, perhaps Kubica's strongest stint of the entire season. Unfortunately a crunching encounter with Alfa Romeo's Antonio Giovinazzi left him with a damaged car and he duly plunged back down the order and was off the lead lap for the rest of the afternoon. "A fun but tough race, and the pace was relatively good," he summarised afterwards as he packed his bags and prepared for a new chapter, possibly in DTM and/or as a test driver for Racing Point or Haas.